Hi Friends, are you looking for your next great read? Here are the new novels from authors who are members of American Christian Fiction Writer! I hope you’ll find several to enjoy!

The Edge of Everywhen by A.S. Mackey — Begin with an ancient, mysterious, self-aware book. Add two heartbroken children, reeling from the loss of their mother. Mix in a cantankerous aunt, dreams that see the future, and a father trying to make his way home and you get “The Edge of Everywhen,” a captivating tale of loss, hope, revelation, and unexplained mystery. “The Edge of Everywhen” is a book-lover’s book, a story of intrigue in which two children embark upon a life-changing journey of faith. (Middle Grade from B & H Publishing)

A Mother’s Homecoming by Lisa Carter — Charmed by the two-year-old twins in her toddler tumbling class, Maggie Arledge is shocked to learn they’re the children she gave up for adoption. And when Bridger Hollingsworth—the uncle caring for the boys—needs an emergency nanny, she fits the bill. But with sparks flying between her and Bridger, can she let herself get attached…and risk exposing secrets from her past? (Romance from Love Inspired [Harlequin])

Love is in the Air by Tanya Eavenson, Candee Fick, Kathleen Friesen, Laura V. Hilton, and Kathleen Rouser — This collection of five brand new Christian romances is sure to send your heart soaring. Journey from Canada to Georgia and Colorado to Paris by way of Michigan as these couples find love is in the air. All they had to do was look up. (Contemporary Romance, Independently Published) 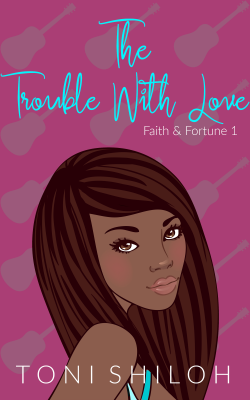 The Trouble With Love by Toni Shiloh — I, Holiday Brown, have it all. A platinum record. Multi-million dollar home in Manhattan that I share with my two best friends. Life is looking fantastic until my roommate’s brother decides to bunk in our guestroom while his house gets renovated. W. Emmett Bell has always been the bane of my existence. He’s annoying, stubborn, a know it all, and just might be the most gorgeous man I’ve ever laid eyes on. But I refuse to fall for him. But when his sister’s threatened by a stalker, dynamics change. His unwavering faith isn’t quite as self-righteous as I’d always thought, and maybe he has a good side I’ve overlooked all these years. Or maybe it’s all too much trouble. (Contemporary Romance, Independently Published)

Hadley Beckett’s Next Dish by Bethany Turner — Hadley Beckett became the star of the Culinary Channel following hot-tempered celebrity chef Max Cavanagh’s public fall from grace. But when Max returns, career in shambles, his only chance for redemption is to work alongside the beloved host of “At Home with Hadley.” Will these two polar opposites burn down the kitchen—or fall in love? (Contemporary Romance from Revell – A Division of Baker Publishing Group)

Stay with Me by Becky Wade — When acclaimed Bible study author Genevieve Woodward receives an anonymous letter referencing her parents’ past, she returns to her hometown in the Blue Ridge mountains to chase down her family’s secret. However, it’s Genevieve’s own secret that catches up to her when Sam Turner, owner of an historic farm, uncovers the source of shame she’s worked so hard to hide. (Contemporary Romance from Bethany House [Baker]) 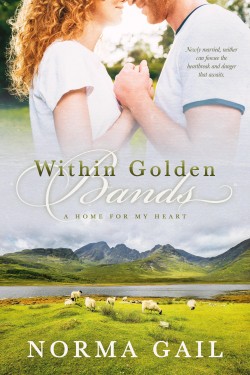 Within Golden Bands by Norma Gail — Newly married Bonny MacDonell finds the transition from American college professor to Scottish sheep farmer’s wife more difficult than she expected. When her miracle pregnancy ends in a devastating miscarriage, she fears her husband’s reaction will hurt more than the loss of their child. But Kieran never shows up at the hospital. When found, he is beaten and unconscious. The only memory of his attacker is the words, “Get off my land.” Reeling from the threat to her husband and the loss of their child, Bonny struggles to hold her marriage together. When faith in love is not enough, where do you turn? (Contemporary, Independently Published) 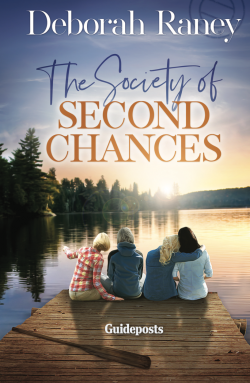 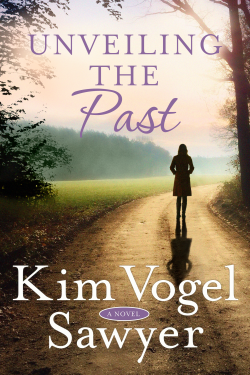 Unveiling the Past by Kim Vogel Sawyer — Newlywed cold-case detectives Sean Eagle and Meghan DeFord struggle between past wounds and their desire for a family when one of them takes on a case involving parental abandonment. (Women’s Fiction from Waterbrook/Multnomah [Random House]) 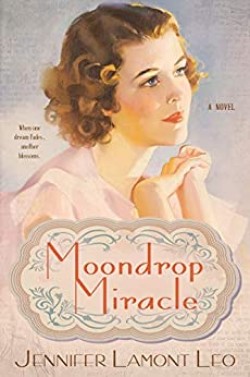 Moondrop Miracle by Jennifer Lamont Leo — Chicago, 1928. Pampered socialite Connie Shepherd lives the kind of glossy life other women read about in the society pages. Engaged to a handsome financier, she spends her days and nights in a dizzying social round. When eccentric Aunt Pearl, an amateur chemist, offers her an unusual wedding present—the formula for a home-brewed skin tonic—Connie laughs it off. But when the Great Depression flings her privileged world into chaos and rocks her marriage to the core, will Aunt Pearl’s strange gift provide the key to survival for Connie and her baby? (Historical from Mountain Majesty Media) 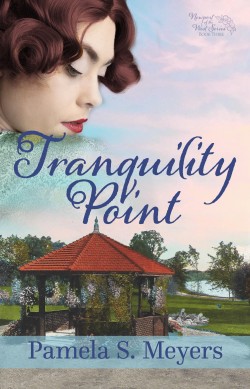 Tranquility Point by Pamela S. Meyers — Hannah’s life couldn’t be sweeter—a marriage proposal and law school. Then the Great War intrudes and everything sours. Hannah Murphy is determined to make the summer of 1916, the best it can be before she heads off to law school in the fall. Like her mother and grandmother before her, she is inclined to “break the mold” when it comes to societal expectations of a young woman of means. Her mother was the first woman in town to wear bloomers, and Hannah becomes the first to ditch swim dresses in favor of a practical swimsuit that allows freedom to move through the water. (Historical from Mantle Rock Publishing) 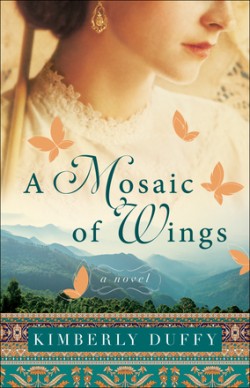 A Mosaic of Wings by Kimberly Duffy — A driven entomologist travels to India in an attempt to win a coveted scholarship and save her late father’s scientific journal. But in this enchanting land, she discovers that there are some things more important than success. (Historical Romance from Bethany House [Baker]) 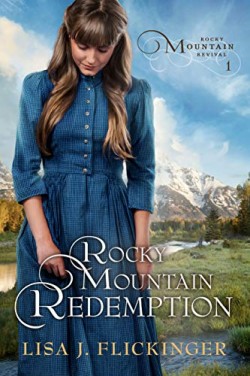 Rocky Mountain Redemption by Lisa J. Flickinger — Fleeing a broken engagement, Isabelle Franklin joins her aunt to feed a camp of lumberjacks in the Rocky Mountains. She doesn’t expect to fall for camp foreman Charles Bailey, nicknamed “Preach,” who is struggling between his hard past and his newfound faith. When the ghosts from her past return to haunt her, the choices she will make change the course of her life forever—and that of the man she’s come to love. (Historical Romance from Wild Heart Books) 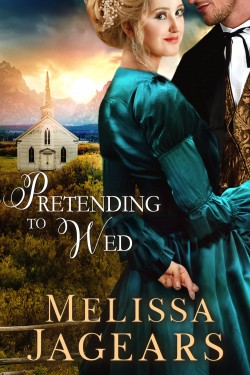 Pretending to Wed by Melissa Jagears — It’s a match made in heaven…as long as they don’t fall in love! The ranch Nolan Key has spent decades working for, even lost a leg for, is now his—or at least it should be. But an absurd clause in his father’s will means he’s in danger of losing the place to his lazy, undeserving cousin. Nolan finds himself scrambling to save his home—by proposing marriage to the town laundress. Corinne Stillwater’s hands have betrayed her. Numb from hours of doing the same work over and over, her hands will only heal, according to the town doctor, if she gives up the laundry and marries. But she’s been stung repeatedly by love before, so that is one remedy she can’t swallow. When Nolan offers Corinne a marriage in name only, how can she refuse? Such a partnership could give them the security they seek, but what if the ranch isn’t as secure as they believe, and their lives—and dreams—aren’t quite as compatible as they thought? (Historical Romance, Independently Published) 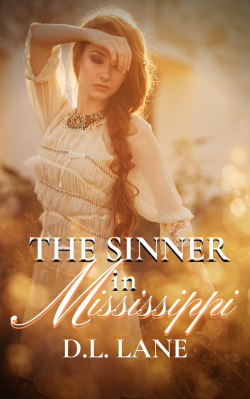 The Sinner in Mississippi by D.L. Lane — The story of Mississippi Singletary, born to a fearful mother and an abusive father in a rundown shack outside of Baton Rouge, Louisiana. (Historical Romance from By Faith Publishing) 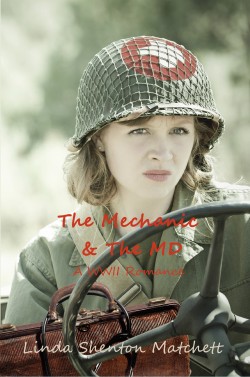 The Mechanic & The MD by Linda Shenton Matchett — Woman mechanic Doris Strealer has a hard time finding love until she joins the Red Cross Motor Corps and comes face to face with her past in the form of Van Toppel, an old classmate. On the brink of a successful career as a surgeon, Van’s plans crumble when he’s drafted and assigned to an evacuation hospital in England, the last place he expects to run into a former schoolmate. The gangly tomboy who was four years behind him in high school has transformed into a statuesque beauty, but a broken engagement in college leaves him with no desire to risk his heart ever again. Will the hazards of war make or break a romance between this unlikely couple? (Historical Romance from Shortwave Press) Masquerade at Middlecrest Abbey by Abigail Wilson — In this new Regency romance, Elizabeth knows she must protect her heart from the charm of her new husband, Lord Torrington. She is not, however, prepared to protect her life. (Historical Mystery from HarperCollins Christian Publishing) 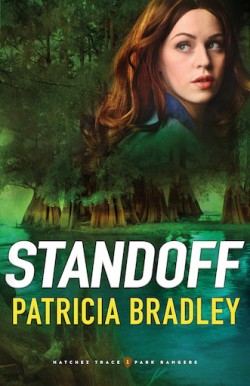 Standoff (Natchez Trace Park Rangers) by Patricia Bradley — The Natchez Trace National Parkway stretches 444 miles from Nashville to Natchez, the oldest town on the Mississippi River. It’s the perfect road for a relaxed pleasure drive. Unfortunately for park ranger Luke Fereday, lately it’s being used to move drugs. Sent to Natchez to infiltrate the organization at the center of the drug ring, Luke arrives too late to a stakeout and discovers the body of his friend, park ranger John Danvers. John’s daughter Brooke is determined to investigate her father’s murder, but things are more complicated than they first appear, and Brooke soon finds herself the target of a killer who will do anything to silence her. Luke will have his hands full keeping her safe. But who’s going to keep him safe when he realizes he’s falling–hard–for the daughter of the man he failed to save? (Romantic Suspense from Revell – A Division of Baker Publishing Group) 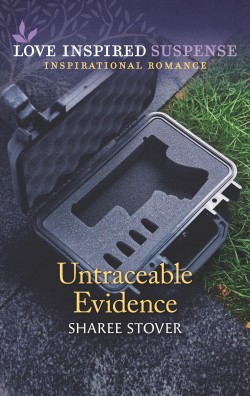 Untraceable Evidence by Sharee Stover — Someone’s after a deadly weapon…and only she can stop them. It’s undercover ATF agent Randee Jareau’s job to make sure the government’s 3-D printed “ghost gun” doesn’t fall into the wrong hands. So when someone goes after scientist Ace Steele, she must protect him…before she loses the undetectable weapon and its creator. But with a mole inside Ace’s company and everyone a suspect, this assignment could become Randee’s last. (Romantic Suspense from Love Inspired [Harlequin]) 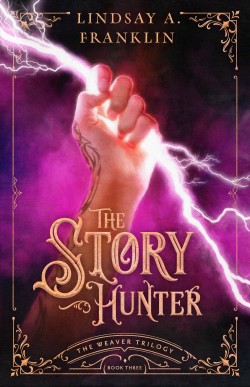 The Story Hunter by Lindsay A. Franklin — In this epic conclusion to The Weaver Trilogy, Tanwen and the Corsyth weavers must rescue the queen and rid Tir of the Master once and for all, but the success of their hunt depends upon an ally no one trusts, and the fate of the kingdom rests in the hands of a volatile, shattered girl. (Medieval Fantasy from Enclave Publishing) 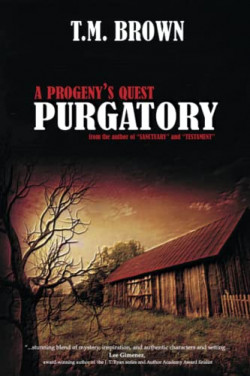 Purgatory, A Progeny’s Quest by T. M. Brown — A teenage girl arrives in Shiloh seeking to reconnect with her estranged mother, the only remaining family member she has ever known, only to learn she too has died, but she learns of family she never knew about. All the while a limo with a dark past arrives in town along with unwanted interest by a stranger that puts lives at risk. (Thriller from Southern Fried Karma LLC/Hearthstone Press) 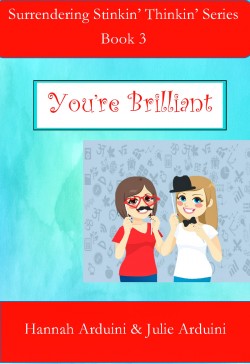 You’re Brilliant by Julie Arduini — Amazing things happen when a group of high school students and women discover they are more than competent. (Young Adult from Surrendered Scribe Media)

Until Next Time ~ Happy Reading!