Hi Friends, these are the new releases coming out in November from authors who are members of  American Christian Fiction. Pour yourself a cup of tea or coffee and settle in with a good book!
Contemporary Romance:

Rooted in Love by Valerie Comer — A divorcé with a set of rambunctious twins falls for the boys’ daycare administrator, but does he deserve another chance at love? (Contemporary Romance, Independently Published)

Prescription for Romance by June Foster — Though history teacher Scott Townsend made a commitment to the Lord as a teen, he can’t relinquish his bitterness toward his younger brother after he squanders their parents’ money. When a beautiful, young pharmacist seeks affirmation in a way that challenges Scott’s values, he must uphold his Christian upbringing. (Contemporary Romance from Forget Me Not Romance [Winged Publication])

Believing in Tomorrow by Kimberly Rae Jordan — Sammi struggles to accept the consequences for her actions and to live with her new reality—unwed mother instead of wife and then mother. Though it eats at her soul, she feels that the judgment she faces is her lot to bear. Can Levi get Sammi to see that their child deserves better? Or will she lose everything she’s dreamed of for her tomorrow because she can’t accept that forgiveness is hers for the taking? (Contemporary Romance, ACFW QIP)

Texas Christmas Twins by Deb Kastner — Miranda Morgan’s Christmas will be twice as busy now that she’s guardian of her sister’s sweet twin babies. But the celebrity photographer is happy to trade a glamorous LA lifestyle for motherhood in her small hometown of Wildhorn, Texas. Unfortunately, the twins’ handsome godfather, Simon West, is unconvinced. The brooding rancher isn’t thrilled about letting sunny, spontaneous Miranda into his carefully managed world. Though they disagree on almost everything, Simon and Miranda discover common ground as they work to make the twins’ first country Christmas cozy and bright. Could this holiday transform Miranda and Simon’s tentative friendship into a forever love? (Contemporary Romance from Love Inspired [Harlequin])

Charming the Troublemaker by Pepper Basham — When Dr. Alex Murdock is demoted to a university in rural Virginia, the last thing he expects to find is a future. But country charm never looked as good as it did on Rainey Mitchell.
Rainey Mitchell does not need a high-class flirt in her wounded world, but trouble and temptation wafts off the new professor as strong as his sandalwood-scented cologne. When circumstances thrust them together to save her tutoring clinic, can the troublemaker find the hero inside and encourage the reticent Rainey to open her heart again? (Contemporary Romance from Bling! Romance)

The Legacy by Carol Ashby — A father’s martyrdom makes his son and daughter hunger for revenge on their brother who betrayed him and the people who led him to faith until God answers their father’s final prayer in unexpected ways. (Historical from Cerrillo Press)

Jerusalem Rising by Barbara M. Britton — When Adah bat Shallum finds the governor of Judah weeping over the crumbling wall of Jerusalem, she learns the reason for Nehemiah’s unexpected visit,God has called him to rebuild the wall around the City of David. Nehemiah challenges the people of God to labor on the wall and in return, the names of their fathers will be written in the annals for future generations to cherish. But Adah has one sister and no brothers. Will her father, who rules a half-district of Jerusalem, be forgotten forever? Adah bravely vows to rebuild her city’s wall, though she soon discovers that Jerusalem not only has enemies outside the city, but also within. Can Adah, her sister, and the men they love, honor God’s call? Or will their mission be crushed by the same stones they hope to construct? (Historical from Harbourlight Books [Pelican])

Death at Thorburn Hall by Julianna Deering — Amateur sleuth Drew Farthering and his wife Madeline travel to Scotland for the 1935 British Open, but instead of a relaxing holiday, they find murder, mystery, and international intrigue. (Historical Mystery from Bethany House [Baker])

Waiting for His Return by Carrie Turansky — The daughter of a wealthy Tennessee doctor falls in love with an injured artist-correspondent on assignment to cover the battles near Union occupied Nashville. She has already lost one man she loves. How can she give her heart to another man who may become a casualty of the war? A heartwarming holiday novella. (Historical Romance from Flowing Stream Books)

The Virtuous Viscount by Susan M. Baganz — Lord Remington falls for a woman he rescues and recovers in his home, but can Miss Storm trust his virtue when he risks his reputation to unbeknownst to her, saves her life. (Historical Romance from Harbourlight Books [Pelican]) 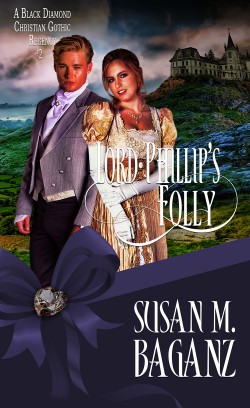 Lord Phillip’s Folly by Susan M. Baganz — Lord Westcombe finds himself falling in love with his unexpected wife and having to rescue her from the devices of the Black Diamond with the help of his friends and newfound faith. (Historical Romance from White Rose Publishing [Pelican])

The Regency Brides Collection by Amanda Barratt, Angela Bell, Susanne Dietze, Michelle Griep, Nancy Moser, MaryLu Tyndall, and Erica Vetsch — Romance is a delicate dance bound by rules and expectations in Regency England…Seven couples must navigate society’s gauntlet to secure the hand of true love…. Charity and Luke are strangers who were forced to marry three years ago. Adelaide and Walter share a love of music and disdain for elitism. Caroline and Henry are thrown together by three orphans. Helen and Isaac harbor his unlikely secret. Esther is empowered to choose between two men. Sophia is determined not to choose a man like Nash. Jamie and William face a daunting London season together. Will their faith grow and love prevail in a time when both were considered luxuries the elite could not afford? (Historical Romance from Barbour Publishing) 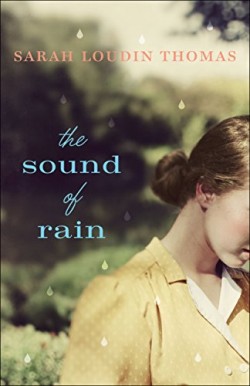 The Sound of Rain by Sarah Loudin Thomas — Judd Markley is a hardworking coal miner who rarely thinks much past tomorrow until he loses his brother–and nearly his own life–in a mine cave-in. Vowing never to enter the darkness of a mine again, he leaves all he knows in West Virginia to escape to Myrtle Beach, South Carolina. It’s 1954, the seaside community is thriving, and Judd soon hires on with a timber company. Larkin Heyward’s life in Myrtle Beach is uncomplicated, mostly doing volunteer work and dancing at the Pavilion. But she dreams of one day doing more–maybe moving to the hollers of Kentucky to help the poor children of Appalachia. But she’s never even met someone who’s lived there–until she encounters Judd, the newest employee at her father’s timber company. Drawn together in the wake of a devastating hurricane, Judd and Larkin each seek answers to what tomorrow will bring. As opposition rises against following their divergent dreams, they realize that it may take a miracle for them to be together. (Historical Romance from Bethany House [Baker])

Guilty Blood by Rick Acker — A desperate mother tries to prove her son’s innocence, but shadowy forces want to keep him in jail–and kill him there. (Legal Thriller from Waterfall Press)

An Unexpected Legacy by Amy R. Anguish — When Chad Manning introduces himself to Jessica Garcia at her favorite smoothie shop, it’s like he stepped out of one of her romance novels. But as she tentatively walks into a relationship with this man of her dreams, secrets from their past threaten to shatter their already fragile bond. Chad and Jessica must struggle to figure out if their relationship has a chance or if there is nothing between them but a love of smoothies. (Romantic Suspense from Tulpen Publishing)

Christmas Double Cross by Jodie Bailey — Undercover Texas Ranger Colter Blackthorn’s convinced Danielle Segovia is really a wanted criminal—until she’s nearly kidnapped right in front of him. Now Colter must keep her out of the clutches of the notorious drug cartel leader whose traitor sister is a dead ringer for Danielle. The drug czar wants the drugs he thinks the pretty shop owner stole from him. And with the younger brother Danielle is raising dragged into the crosshairs, Colt has to find a way to protect them both. But a showdown at Christmas—with Danielle as bait—may be the only way to make sure they all survive the holidays. (Romantic Suspense from Love Inspired [Harlequin])

The House on Foster Hill by Jaime Jo Wright — Kaine Prescott is no stranger to death. When her husband died two years ago, her pleas for further investigation into his suspicious death fell on deaf ears. In desperate need of a fresh start, Kaine purchases an old house sight unseen in her grandfather’s Wisconsin hometown. But one look at the eerie, abandoned house immediately leaves her questioning her rash decision. And when the house’s dark history comes back with a vengeance, Kaine is forced to face the terrifying realization she has nowhere left to hide. A century earlier, the house on Foster Hill holds nothing but painful memories for Ivy Thorpe. When an unidentified woman is found dead on the property, Ivy is compelled to discover her identity. Ivy’s search leads her into dangerous waters and, even as she works together with a man from her past, can she unravel the mystery before any other lives–including her own–are lost? (Romantic Suspense from Bethany House [Baker])

Awakened by Morgan L. Busse — The monster has awakened. After her escape from the Tower and from her father’s experiments, Kat Bloodmayne wakes up to discover the dark power inside of her has grown stronger. Now more than ever she needs to find the doctor who holds the key to healing her, but the only one who can help her find him is Stephen Grey, the very man who betrayed her. Stephen Grey cannot change the past or what he did to Kat, but he will do everything he can to help her now. But will Kat let him? Or will his transgression be too much to overcome? Time races against them as they travel with sky pirates through harrowing storms and across the war-torn country of Austrium in search of the doctor who can cure Kat. But can he cure what is broken inside of her? Or will the monster inside of Kat consume her soul? (Speculative from Enclave Publishing)