Hi Friends, Great reading ahead! As the temperatures cool, it’s time to get cozy and enjoy a great book. These are the new releases from ACFW authors this month!
Contemporary Romance:

The Secret Life of Sarah Hollenbeck by Bethany Turner — Becoming a Christian is the best and worst thing that has ever happened to Sarah Hollenbeck. Best because, well, that’s obvious. Worst because, up to this point, she’s made her very comfortable living as a well-known, bestselling author of steamy romance novels that would leave the members of her new church blushing. Now Sarah is trying to reconcile her past with the future she’s chosen. She’s still under contract with her publisher and on the hook with her enormous fan base for the kind of book she’s not sure she can write anymore.  And the fact that she’s falling in love with her pastor doesn’t make things any easier. (Contemporary Romance from Revell – A Division of Baker Publishing Group)

A Waltz for Amber by Kimberly Rose Johnson — Amber, a struggling dance teacher, is desperate to make a success of her studio. The quickly approaching Christmas recital should help except for one problem—the high school music teacher scheduled the holiday program on the same night, causing a conflict for her students. Will she be able to sustain her business or will she lose everything in the pursuit of her dream? Chris is thrilled to be back in his hometown. However, his past won’t stay in the past, and the pretty dance instructor is a constant reminder of his failings. He wants to make up for his youthful mistake directed at her, but how? (Contemporary Romance, Independently Published) 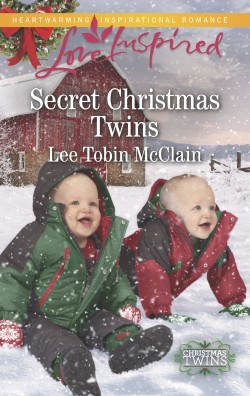 Secret Christmas Twins by Lee Tobin McClain — Christmas came early for Erica Lindholm! Suddenly a mom to adorable twin baby boys and part owner of a snowy small-town Pennsylvania farm, Erica is living her dream. Until the boys’ estranged uncle, Jason Stephanidis, comes home to celebrate the holidays. The handsome, brooding detective turns out to be a natural with the babies…and with Erica’s wounded heart. But if Jason knew the truth about their identities, her picture-perfect life could melt away. Will Erica’s secret cost her everything? (Contemporary Romance from Love Inspired [Harlequin])

Fall Into Romance by Melanie D. Snitker Surround yourself in the romance of the autumn season with 10 heartwarming, sweet novellas from USA Today, national bestselling, and award-winning authors. Each story takes you inside the heart of a small town—its people—and features adorable animal friends in need of a forever home.
Take a trip to Romance, Oregon, where falling in love has never been easier and happily-ever-after is guaranteed! (Contemporary Romance, Independently Published)

A Texas Holiday Reunion by Shannon Taylor Vannatter — With her foreman out of commission, Resa McCall needs horse trainer Colson Kincaid to run her family ranch through the holidays. But having the handsome single dad back in Bandera, Texas, is unsettling. Colson broke Resa’s heart years ago, and she can’t risk getting close again. Still, working with him and bonding with his sweet little girl is making the ranch feel merry and bright. Being at Resa’s side stirs up emotions Colson thought were long gone. But he has a powerful secret that could keep them apart forever. Can Colson give Resa the one Christmas present that might finally bring them back together—the truth? (Contemporary Romance from Love Inspired [Harlequin]) 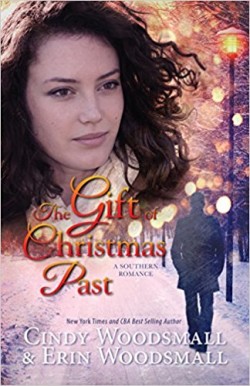 The Gift of Christmas Past by Cindy Woodsmall and Erin Woodsmall — Arson wasn’t the only fire that ignited between them. Promises shattered. Lies spoken. She was arrested. He returned to the safety of his wealthy parents.
Almost ten years later, Hadley and Monroe are both specialists in the field of speech therapy. They meet again . . . thrown together to help a four-year-old-girl rendered mute after being rescued from a fire. Years of secrets and anger beg to be set free as Hadley and Monroe try to push aside past hurts and find common ground in order to help the traumatized child and her family. Can the love of Christmas past drift into the present, bringing healing and hope for all? (Contemporary Romance from Woodsmall Press)

Piper’s Passion by Lee Carver — Piper Jordan, an American reared in Brazil, had her pilot’s license before she could drive and her aviation maintenance certificate before her business degree. Pulled between two countries, two career paths, and separated parents, she strives to determine what is significant and what to do with her life.
Kyle Chamberlain, pilot with Outreach for Christ, wears a wedding ring that says he’s not ready to date again after Rosanna’s death. Wielding a wrench with the cutest pilot/mechanic he’s ever seen turns his head. But would a dynamic woman with her talents and eventual inheritance accept his missionary life in the Amazon? (Contemporary Women’s Fiction, Independently Published)

Grace in Strange Disguise by Christine Dillon — Physiotherapist Esther Macdonald is living the Australian dream, and it doesn’t surprise her. After all, her father has always said, “Follow Jesus and be blessed.” But at twenty-eight, her world shatters. Everyone assures her God will come through for her, but what happens when he doesn’t? Has she offended God? Is her faith too small? So many conflicting explanations. Will finding the truth cost her the people closest to her heart? (General Contemporary, Independently Published)

Lady Jayne Disappears by Joanna Davidson Politano — When Aurelie Harcourt’s father dies in debtor’s prison, he leaves her just two things: his wealthy family, whom she has never met, and his famous pen name, Nathaniel Droll. Her new family greets her with apathy and even resentment. Only the quiet houseguest, Silas Rotherham, welcomes her company. When Aurelie decides to complete her father’s unfinished serial novel, writing the family into the story as unflattering characters, she must keep her identity as Nathaniel Droll hidden while searching for the truth about her mother’s disappearance–and perhaps even her father’s death. (Historical from Revell – A Division of Baker Publishing Group)

The Other Side of Freedom by Cynthia T Toney — In 1925, a thirteen-year-old boy witnesses a crime—the murder of a family friend—and must choose whether to remain silent as his father asks or defy mobsters and corrupt police to save his family. (Historical from Write Integrity Press) 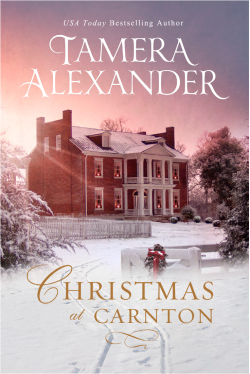 Christmas at Carnton by Tamera Alexander — In the midst of war and the fading dream of the Confederacy, a wounded soldier and a destitute widow discover the true meaning of Christmas, the cost of love . . . and of loving again. (Historical Romance from HarperCollins Christian Publishing)

The Captive Brides Collection by Jennifer AlLee, Angela Breidenbach, Susan Page Davis, Darlene Franklin, Patty Smith Hall, Cynthia Hickey, Carrie Fancett Pagels, Lucy Thompson, and Gina Welborn — Journey along as nine historical women are about to make their escape from some of life’s greatest challenges. Can their captive hearts be freed to dream, to dare, to love? (Historical Romance from Barbour Publishing)

A Mountain Christmas Romance by Misty M. Beller — Stripped of the family so important to his Viking heritage, Matthias Bjork is now on the hunt for his sister. Despite combing the entire Wyoming Territory, he hasn’t found any substantial leads regarding his sister’s whereabouts, but he has discovered a most unusual woman.
Opal Boyd has finally found the haven she’s longed for all her life, in a most unlikely place—working for a German couple in this remote Wyoming mountain town. She learned long ago that most men couldn’t be trusted, but when a mountain man stops in the boarding house where she works, he seems to have the respect and affection of the two people she’s learned to trust implicitly.
But when Matthias’ search for his sister takes an unexpected twist, Opal is forced to make a choice that will alter the course of her life—no matter which answer she chooses. When Matthias’ decisions land Opal in danger, what must he sacrifice to rescue her? (Historical Romance, ACFW Qualified Independently Published)

Fool’s Notion by Lisa J. Flickinger — Feisty Alda Lealand braves fifteen hundred miles with a pack string of mules—and the help of an unexpected cowboy–to save the family farm. (Historical Romance from Forget Me Not Romances [Winged Publications])

Playing by Heart by Carmela A. Martino — Emilia Salvini dreams of marrying a man who loves music as she does. But in 18th-century Milan, being the “second sister” means she’ll likely be sent to a convent instead. Ironically, Emilia’s pious older sister, Maria, would gladly become a nun. But Father won’t allow it—her brilliant language skills are too important to his quest for noble status. Emilia’s only hope is to prove her musical talents are as indispensable as her sister’s skills. First, though, Emilia must win over her music tutor, who disdains her simply for being a girl. Before she can carry out her plan, though, Emilia’s mother dies in childbirth. In her sorrow, Emilia composes a heartrending sonata that causes the maestro to finally recognize her talent. He begins teaching her music theory alongside handsome violinist Antonio Bellini, the great-nephew of a wealthy marquis. The two begin as rivals, but Emilia gradually falls in love with him. (Historical Romance from Vinspire Publishing)

Too Far Down by Mary Connealy — A citified mine operator and a tough western cowgirl are the most unlikely couple of all as they team up to fight the outlaws that want the Cimarron Ranch. (Historical Western from Bethany House [Baker])

Dangerous Ground by Gayla K. Hiss — Deputy Marshal Kate Phillips comes to the Great Smoky Mountains in search of answers concerning her uncle’s suspicious death, and finds herself in the middle of an ancient family feud and a land dispute with handsome first responder, David Jennings. (Romantic Suspense from Mountain Brook Ink)

Christmas Captive by Liz Johnson — On his cousin’s Christmas cruise wedding, navy SEAL Jordan Somerton anticipated having the typical best man duties—not facing down criminals boarding the ship. But when the luxury liner is infiltrated by men determined to kidnap the flower girl, he’s plunged into an unexpected mission. Maid of honor and DEA agent Amy Delgado hasn’t forgiven Jordan for a misunderstanding in their pasts. But with her young niece targeted, she must draw on Jordan’s skills as a protector. Signs point to an inside job. With a traitor in their midst, can they ensure that every passenger returns home safely for the holidays…even as they find love amid deepening danger? (Romantic Suspense from Love Inspired [Harlequin])

Transfusion by Victoria Buck — The world’s first transhuman must save the world, or save the woman he loves. (Speculative from Harbourlight Books [Pelican])

Until Next Time, Happy Reading!