Hi Friends, As the weather cools I hope you’ll find time to enjoy some of these new novels from American Christian Fiction Writer members! 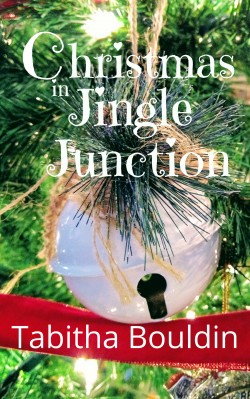 Christmas in Jingle Junction by Tabitha Bouldin — In the small town of Jingle Junction, Holly Winters owns the local coffee shop, Jolly Java. It’s here that she meets Patrick Cooper and promptly throws coffee everywhere. Not only does Patrick not like coffee, he also despises Christmas! It’s up to Holly to show Patrick that Christmas is worth giving a second chance, just as Patrick himself deserves a second chance when he is accused of robbing a local convenience store. In a town full of Christmas spirit, lively debates over the best superhero and riding in a sleigh pulled by actual reindeer is just a normal day. Will Holly be able to prove to Patrick that Christmas is more than a holiday that has to be endured? (Contemporary Romance, Independently Published) 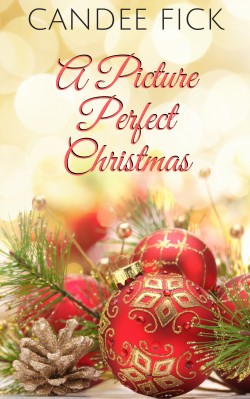 A Picture Perfect Christmas by Candee Fick — Freelance photographers Liz Foster and Ryan Callahan are finally making plans for their future. And what better time to get married than during the festive holiday season that brought them together? If only Liz’s parents weren’t standing in the way of a picture-perfect wedding. Spurred on by the ghosts of Christmases past, Dan Foster has already written Liz out of his will, so even attending the wedding—let alone walking his daughter down the aisle—is out of the question. However, this is the season for miracles and Ryan will do anything to make his bride smile. What will it take to bring this family back together in time for the wedding? (Contemporary Romance, Independently Published) 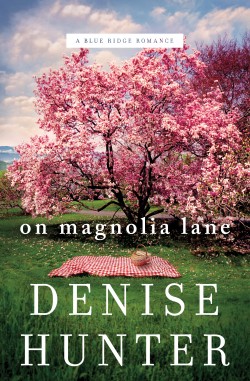 On Magnolia Lane by Denise Hunter — When his secret crush joins a dating website, Jack takes a leap of faith and soon becomes Daisy’s online suitor. But when they begin growing closer in real life also, Jack finds himself with an unexpected dilemma. Is Daisy falling for the real Jack or for the online version of himself? And how is she going to respond when she finds out they’re one and the same? (Contemporary Romance from HarperCollins Christian Publishing) 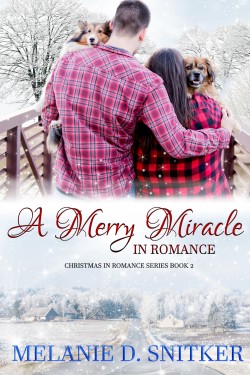 A Merry Miracle in Romance by Melanie D. Snitker — Baxter Reid returns to his hometown of Romance, eager to see his childhood crush. Unfortunately, Savannah hasn’t forgotten all the ways he used to tease her back then. He’s got his work cut out for him if he’s going to get a second chance. Savannah Miller avoids Baxter and the embarrassing childhood memories he evokes…until he apologizes and suggests a truce. Now what is she supposed to do? Only time will tell whether the spirit of Christmas in Romance is enough to transform a grudging relationship into true love. (Contemporary Romance, Independently Published) 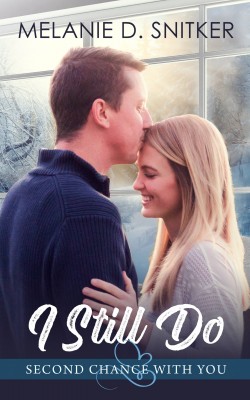 I Still Do by Melanie D. Snitker — What’s worse than running into your ex-husband? Becoming snowbound with him and an avalanche of memories you can’t escape. (Contemporary Romance, Independently Published) 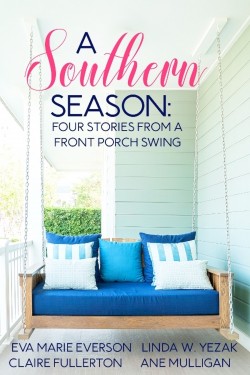 A Southern Season by Eva Marie Everson, Claire Fullerton, Ane Mulligan, and Linda Yezak — Four seasons. Four stories. Each one set in the enchanting world of the South. These are the kinds of stories your grandmother told you from a front porch swing. (Women’s Fiction from Lighthouse Publishing of the Carolinas) 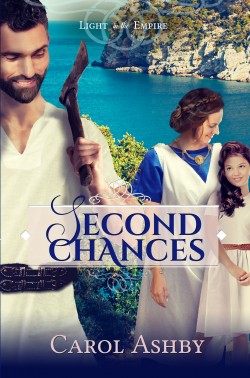 Second Chances by Carol Ashby — A widowed father, still grieving the loss of his wife and child, and a devoted mother, who leaves behind everything she’s ever known to rescue her daughter from the ex-husband who would hurt her, are first drawn together by their love for her little girl, but God has much more for them than either could have imagined. (Historical, Cerrillo Press) 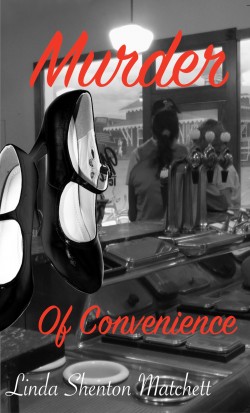 Murder of Convenience by Linda Shenton Matchett — May 1942: Geneva Alexander flees Philadelphia and joins the USO to escape the engagement her parents have arranged for her, only to wind up as the number one suspect in her betrothed’s murder investigation. Diagnosed with Retinitis Pigmentosa, she must find the real killer before she loses her sight…or is convicted for a crime she didn’t commit. (Historical Mystery, Independently Published) 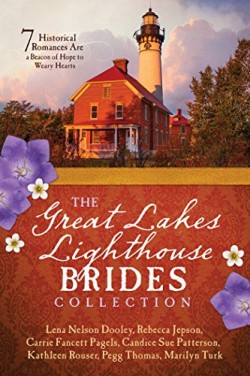 The Great Lakes Lighthouse Brides Collection by Lena Nelson Dooley, Rebecca Jepson, Carrie Fancett Pagels, Candice Sue Patterson, Kathleen Rouser, Pegg Thomas, and Marilyn Turk — Along the Great Lakes, America’s inland seas, lighthouses played a vital role in the growth of our nation. They shepherded settlers traveling by water to places that had no roads. These beacons of light required constant tending even in remote and often dangerous places. Brave men and women battled the elements and loneliness to keep the lights shining. Their sacrifice kept goods and immigrants moving. Seven romances set between 1883 and 1911 at Great Lakes Lighthouses bring hope to the lonely lighthouse keepers and love to weary hearts. (Historical Romance from Barbour Publishing) 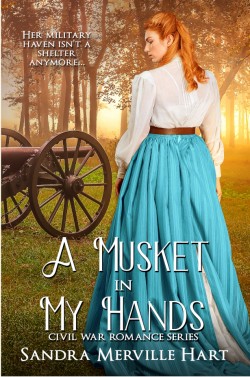 A Musket in My Hands by Sandra Merville Hart — Two sisters have no choice but to disguise themselves as men to muster into the Confederate army in the fall of 1864–just in time for things to go very badly for the Southerners at the Battle of Franklin. (Historical Romance from Lighthouse Publishing of the Carolinas) 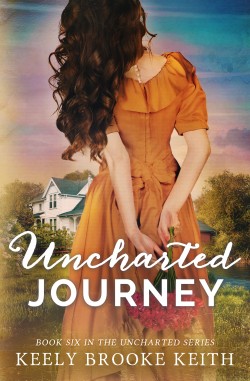 Uncharted Journey by Keely Brooke Keith — Young widow Eva Vestal assumes loneliness is God’s permanent plan for her life. She keeps busy by raising her son and co-managing the Inn at Falls Creek with her elderly father, but her heart yearns for more. Solomon “Solo” Cotter has spent his life working with horses, but he secretly wants to write a book of the children’s stories his grandfather told him as a boy. He barters with Eva’s father for a 40-night stay at the inn, a needed respite from work to get his stories on paper. Once Eva discovers the barter, she believes Solo is taking advantage of her father’s failing memory. But when tragedy strikes and Solo works hard to save the inn, Eva sees his true nature. As her heart stirs with feelings for Solo, she wrestles with the guilt of loving someone new. (Historical Romance, Independently Published) 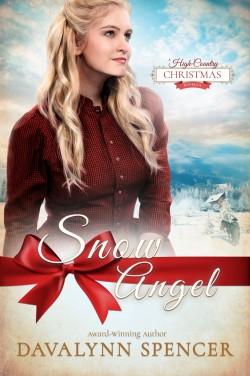 Snow Angel by Davalynn Spencer — Lena Carver works as her physician brother’s medical assistant, housekeeper, and cook. Maimed in a childhood accident at Christmas, she believes she is beyond love’s reach—until a dark-eyed cowboy arrives broken, bruised, and bent on changing her mind. Wil Bergman wakes in a stranger’s home with a busted leg and a bullet-creased scalp. Trail-weary, robbed, and penniless, he is at the mercy of a country doctor whose sister’s healing touch has power to stitch up his heart and open his eyes to the impossible. (Historical Romance from Wilson Creek Publishing) 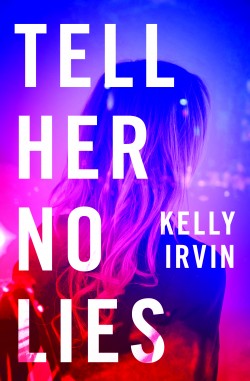 Tell Her No Lies by Kelly Irvin — After Nina Fischer is accused of murdering her uncle and adopted father, she must unlock deadly family secrets in order to clear her name and learn to trust love again. (Romantic Suspense from HarperCollins Christian Publishing) 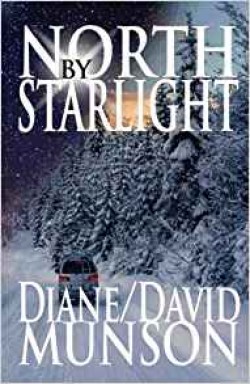 North by Starlight by Diane and David Munson — Attorney Madison Stone hurries to help her client Jordan Star defeat a mysterious relative who claims a share in his inheritance, and during the Christmas season Maddie learns to leave past regrets behind her, embrace the warmhearted people of Starlight, and dig deep to find her true heart. (Romantic Suspense from Micah House Media) 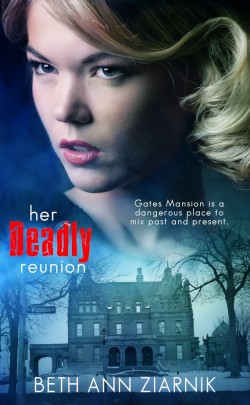 Her Deadly Reunion by Beth Ann Ziarnik — What will it cost an estranged daughter when she meets her birth father at his home and discovers it’s a dangerous place to mix past and present? (Romantic Suspense from Lighthouse Publishing of the Carolinas) 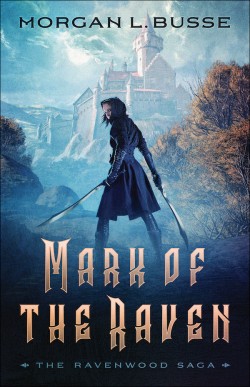 Mark of the Raven by Morgan L. Busse — When the new Lady of Ravenwood inherits her family’s secret gift of dreamwalking, she discovers a dark history. Women in her family have been wielding the gift to preserve her family’s legacy—through assassinations. She’s determined to find the true reason behind the gift, convinced there must be a more noble purpose. But she’s torn about upholding her family’s legacy–a legacy that supports her people. What will she do when she is tasked with assassinating the one man who can bring peace to the nations–but who is also prophesied to bring about the downfall of her own house? One path holds glory and power and will solidify her position as Lady of Ravenwood. The other path holds shame and likely death. Which will she choose? And is she willing to pay the price for the path chosen? (High Fantasy from Bethany House [Baker]) 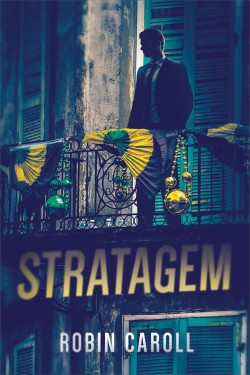 Stratagem by Robin Caroll — Psychologist Grayson Thibodeaux creates mind-bending adventure games for businesses as team-building explorations. When his ex-wife’s company hires Grayson’s for their executive retreat, he doesn’t see how things can get worse. Until she dies during the course of the game he created…making him the prime suspect for murder. (Suspense from Barbour Publishing)

Happy Reading to All,