Hi Friends, these are this month’s new releases from ACFW member authors.  You’ll find many wonderful stories to enjoy while you’re at home keeping cozy this winter! I especially recommend you take a look at When Twilight Breaks by Sarah Sundin and Orchard House by Heidi Chiavaroli. They are wonderful stories I’m sure you’ll enjoy.

When Twilight Breaks by Sarah Sundin — Evelyn Brand is an American foreign correspondent determined to prove her worth in a male-dominated profession and to expose the growing tyranny in Nazi Germany. To do so, she must walk a thin line. If she offends the government, she could be expelled from the country—or worse. If she does not report truthfully, she’ll betray the oppressed and fail to wake up the folks back home. (Historical Romance from Revell – A Division of Baker Publishing Group) 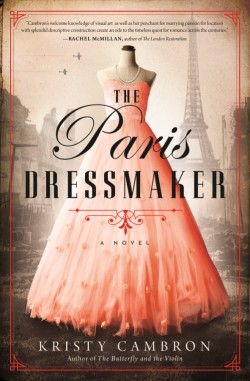 The Paris Dressmaker by Kristy Cambron — From fashion to desperation and haute couture to the perils of humanity, The Paris Dressmaker weaves a story of two worlds colliding years apart—where satin and lace stand between life and death in the brutal underbelly of a war-torn world. (Historical Romance from HarperCollins Christian Publishing (Thomas Nelson and Zondervan) 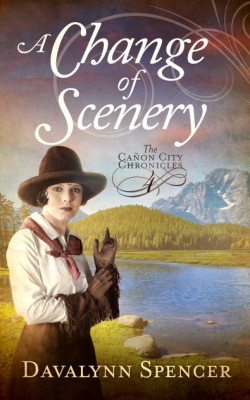 A Change of Scenery by Davalynn Spencer — A motorcar accident on a rainy Chicago night steals Ella Canaday’s fiancé as well as her ability to ride. Clinging to the remnants of her independence, she cuts her hair and her ties with her wealthy father and takes a train west as the seamstress with a moving-picture company. Colorado offers the change of scenery she needs. But she doesn’t expect the bold cowboy who challenges her to reclaim both the loves she thought she’d lost forever. (Historical Romance from Wilson Creek Publishing) 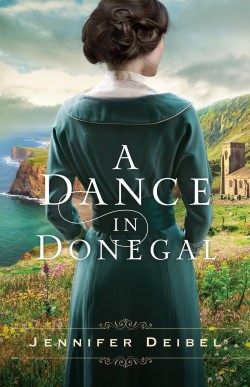 A Dance in Donegal by Jennifer Deibel — All of her life, Irish-American Moira Doherty has relished her mother’s descriptions of Ireland. When her mother dies unexpectedly in the summer of 1920, Moira decides to fulfill her mother’s wish that she become the teacher in Ballymann, her home village in Donegal, Ireland. (Historical Romance from Revell – A Division of Baker Publishing Group) 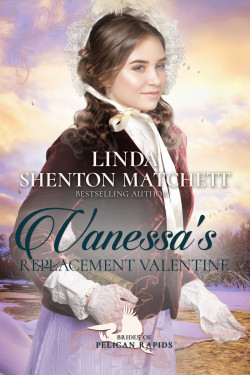 Vanessa’s Replacement Valentine by Linda Shenton Matchett — Engaged to be married as part of a plan to regain the wealth her family lost during the War Between the States, Vanessa Randolph finds her fiancé in the arms of another woman weeks before the wedding. Money holds no allure for her, so rather than allow her parents to set her up with another rich bachelor she decides to become a mail-order bride. Life in Green Bay, Wisconsin seems to hold all the pieces of a fresh start until she discovers her prospective groom was a Union spy and targeted her parents during one of his investigations. Is her heart safe with any man? (Historical Romance from Shortwave Press) 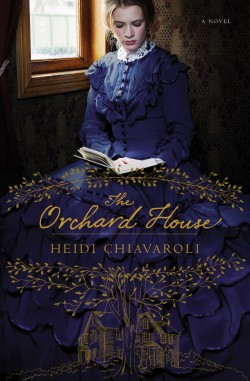 The Orchard House by Heidi Chiavaroli — Two women, one living in present day Massachusetts and another in Louisa May Alcott’s Orchard House soon after the Civil War, overcome their own personal demons and search for a place to belong. (General Contemporary from Tyndall House)

The Way it Should Be by Christina Suzann Nelson — Can there be healing after addiction takes its toll on a family? (General Contemporary from Bethany House (Baker) Publishing) 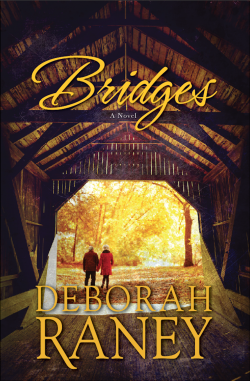 Bridges by Deborah Raney — Facing an empty nest for the first time since the death of her husband, Dan, three years ago, Tess Everett immerses herself in volunteer work for the Winterset public parks, home of the famous covered bridges of Madison County, Iowa. But when former resident J.W. McRae shows up at one of the bridges with paintbrushes and easel, sparks fly—because J.W. was once married to Tess’s late friend Char. Worse, J.W. was a deadbeat dad to Char’s son, Wynn—then a college student—who Tess and Dan took under their wings after his mom’s death. (Women’s Fiction, Independently Published)

Death and a Crocodile by Lisa E. Betz — Sensible women don’t investigate murders, but Livia Aemilia might not have a choice.  Rome, 46 AD. When Livia’s father dies under suspicious circumstances, she sets out to find the killer before her innocent brother is convicted of murder. She may be an amateur when it comes to hunting dangerous criminals, but she’s determined, intelligent, and not afraid to break a convention or two in pursuit of the truth. (Historical Mystery from CrossLink Publishing)

Tides of Duplicity by Robin Patchen — Private investigator Fitz McCaffrey went to Belize on a case, bringing his teenage sister Shelby along with him. They have no good reason to leave the resort and hurry back to the harsh New England winter. They lost their parents, he lost his job as a cop, and they both need time to heal. Besides, when Fitz meets and spends time with the beautiful and charming Tabitha Eaton, he falls hard. But minutes after Tabby’s flight leaves, Fitz is summoned by a mobster who believes Tabby broke into the hotel safe the night before and made off with half a million dollars’ worth of jewels. The clock is ticking as Fitz scrambles to recover the jewels. If he succeeds, it’ll cost the woman he’s come to care for. If he fails, it’ll cost his sister’s life. (Thriller/Romantic Suspense, Independently Published) 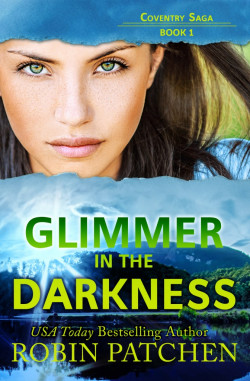 Glimmer in the Darkness by Robin Patchen — Cassidy Leblanc worked hard to shake off her tragic childhood. As a foster child with a mother in prison for murder, she was an outcast in her small New Hampshire town until she met James. But she and James’s sister, whom she was babysitting, were kidnapped. She escaped, but Hallie didn’t survive, and everybody assumed Cassidy killed her. Like mother, like daughter, after all. With public opinion and the authorities united against her, young Cassidy fled. Now, a decade later, another little girl has been kidnapped, and Cassidy may be the only person who can find her. (Thriller/Romantic Suspense, Independently Published)

Obsession by Patricia Bradley — Natchez Trace Ranger and historian Emma Winters hoped never to see Sam Ryker again after she broke off her engagement to him. But when shots are fired at her at a historical landmark just off the Natchez Trace, she’s forced to work alongside Sam as the Natchez Trace law enforcement district ranger in the ensuing investigation. To complicate matters, Emma has acquired a delusional secret admirer who is determined to have her as his own. Sam is merely an obstruction, one which must be removed. (Thriller/Romantic Suspense from Revell – A Division of Baker Publishing Group)

Ben in Charge by Luana Ehrlich — Operation Concerned Citizen will be Ben’s first assignment as the primary officer in charge of a mission. When Titus learns it’s a simple mission with a clear objective but requires a complicated plan, he questions whether Ben will be able to handle it. When he discovers there are underlying circumstances, he questions whether he’ll be able to let Ben handle it. When the simple mission proves difficult, Titus discovers he’s not the man he thought he was, and he’s not the man he wants to be. He’s a man learning to live out his faith while living in the shadows, and sometimes those shadows aren’t shadows at all.
(Thriller/Romantic Suspense, Independently Published) 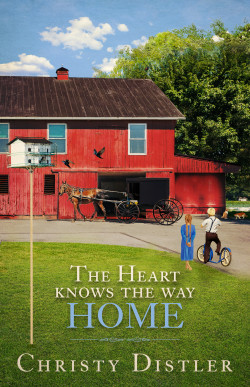 The Heart Knows the Way Home by Christy Distler — Janna and Luke, a widower struggling to balance business and family responsibilities, reacquaint as Janna assists his grandmother and cares for his son. Her self-protective independence and his conservative principles put them at odds, but the difficulties they face draw them closer. When long-lost friendship rekindles into unexpected love, will either be willing to make changes so they can be together? (Romance: Amish from Avodah Books)

Writing Home by Amy R. Anguish, As they grow closer through their written words, the miles between them seem to grow wider. Can love cross the distance and bring them home? (Contemporary Romance)

The Rancher’s Legacy by Susan Page Davis, Matt Anderson’s father and their neighbor devise a plan: Have their children marry and merge the two ranches. The only problem is, Rachel Maxwell has stated emphatically that will never happen. (Historical Romance)

A Heart’s Gift by Lena Nelson Dooley, Is a marriage of convenience the answer to their needs? (Historical Romance)

Daisy’s Decision by Hallee Bridgeman, She soon finds herself in a full-blown relationship with hearts on the line. She can’t keep her secret much longer. Daisy has a decision to make. (Contemporary Romance),

A New York Yankee on Stinking Creek by Carol McClain, Two women. Two problems. Each holds the key to the other’s freedom. (Contemporary)

The Amish Baker’s Rival by Marie E. Bast, Amish baker Mary Brenneman is furious when handsome Englischer Noah Miller opens up a bakery right across from hers. Now she must win a local baking contest just to stay in business—and beat know—it—all Noah. But somewhere along the way, Noah and Mary’s kitchen wars are quickly warming into something more. (Contemporary Romance/Amish)

Rekindled from Ashes by Cindy M. Amos, Based on the true story of the Starbuck fire of 2017 that ravaged western Kansas–and area ranchers who demonstrated vulnerable resiliency in its aftermath. Strength for the day…with eyes on the Almighty. (Contemporary Romance)