Hi Friends, these are the December releases from American Christian Fiction Writers (ACFW) member authors. I hope you’ll take a look and find your next book to read!

The Breakup Project byCarolyn Miller— As the twin sister of hockey’s hottest forward, romance-loving Bree Karlsson is used to being ignored, leading to a New Year’s resolution to not date any athlete in her attempt to find Mr. Right. But what happens when the man who might prove to be her personal Mr. Darcy is her brother’s hockey-playing best friend? Mike Vaughan might be happy playing in Boston, but he’d be even happier if Bree could one day see him as more than a good friend. He agrees to help Bree with a special project in the hope she’ll finally see him as something more. But when a misunderstanding ends in a Valentine’s Day disaster, Bree realizes that her breakup project may have broken her friendship with Mike in two. Can she ever redeem her mistake? (Contemporary Romance, Independently Published)

Healing Skye by Janet W. Ferguson — People can’t be trusted. Animals always made more sense than humans did to marine biologist Skye Youngblood. After her mother’s suicide, she left Alabama and never looked back. These days, she pours her heart into protecting nature’s sea creatures. When she returns to Dauphin Island, Alabama, for a temporary manatee migration study, her dark past is much too close. She can’t let her guard down. But how can she keep her heart hidden when a kind man with a genuine smile makes her want a fresh start? (Contemporary Romance, Independently Published) 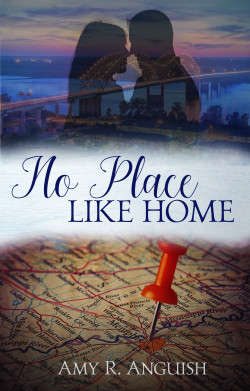 No Place Like Home by Amy R. Anguish — Roots are overrated, at least to someone like Adrian Stewart, preacher’s kid, who has never lived anywhere longer than six years. That’s why her job with MidUSLogIn, Inc. is so perfect for her—lots of travel and staying nowhere long enough to have it feel like home. But when work takes her to Memphis, TN, closer to her family for the first time in years, and in the same small office as Grayson Roberts, she starts to question her job, her lack of home, and even her memories of her rocky past with the church. Gray is intrigued by Adrian from the moment he sees her, and he’s determined to get to the bottom of why this girl who loves old movies and hums when she works won’t go to church with him. As they grow closer, he wants more, too, but how can he convince her to stay in Memphis when she doesn’t believe in home—or God? Can he use his own broken past to break through hers? (Contemporary Romance from Scrivenings Press) 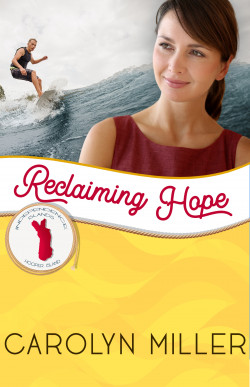 Reclaiming Hope by Carolyn Miller — Callie Steele might be a bit… focused on work, but despite what her employers say, she enjoys her well-ordered, productive life. When she’s sent to meet the owners of an estate requiring post-hurricane landscaping, Callie meets their son, Kai Brody, a super-chilled pro surfer, who is as opposite from her as they come. Though initially smitten, Callie knows a relationship with Kai is a bad idea—a very bad idea. Kai, however, can’t help but be intrigued by someone who challenges him to make something of his life again. He’s determined to pursue her, if she’ll give him half a chance. The more time they spend together, negotiating the challenges of work, illness, and family, the more their opposing outlooks clash and connect. What do these unlikely friends really want from life? Is it best to focus on work or recreation? As Kai and Callie answers from the Lord, they also must consider if such complete opposites have enough in common to make a relationship last. (Contemporary Romance from Celebrate Lit)

Their Yuletide Healing by Mindy Obenhaus — Foster mom Rae Girard’s determined to make her children’s first Christmas with her the best they’ve ever had—and she’s shocked when the town scrooge, attorney Cole Heinsohn, offers to pitch in. Rae’s young charges have melted Cole’s heart, and he wants them to experience the special day he never had. But when disaster strikes, an imperfect holiday might bring them something better: a family… (Contemporary Romance from Love Inspired (Harlequin)

Broken Together by Brenda S. Anderson — Jennifer and Chad Taylor had dreamed of opening a coffee and cocoa shop since before they said, “I do.” When Chad is sent to prison for murder despite claiming innocence, that dream—along with their family—is shattered. After years of fighting for Chad’s release, Jennifer finally breaks free from her shame, anger, and hopelessness, and forges ahead with the dream the two of them once shared. With the help of their college-aged twins, she begins to move forward. Without Chad. When their lawyer arrives with news of evidence that may prove Chad’s innocence, a strange mixture of emotions overtakes her. Does she want Chad to return home? He isn’t the same man he once was, and she certainly isn’t the same woman. She’s worked hard to piece the remnants of their family back together, and his coming home could fracture the family once again. (General Contemporary, Independently Published) 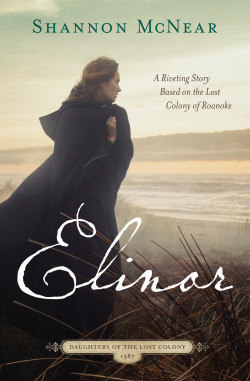 Elinor by Shannon McNear — In 1587, Elinor White Dare sailed from England heavy with her first child but full of hopes. Her father, a renowned artist and experienced traveler, has convinced her and her bricklayer husband Ananias to make the journey to the New World. Land, they are promised, more goodly and beautiful than they can ever imagine. But nothing goes as planned from landing at the wrong location, to facing starvation, to the endless wait for help to arrive. And, beyond her comprehension, Elinor finds herself utterly alone. The colony at Roanoke disappeared into the shadows of history. But what if one survived to leave a lasting legacy? (General Historical from Barbour Publishing) 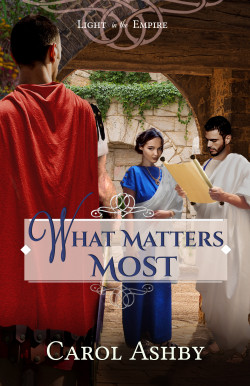 What Matters Most by Carol Ashby — For ten years, the incorruptible Tribune Titianus enforced Rome’s laws. He’s four days from leaving the Urban Cohort to teach at his brother-in-law Kaeso’s school when Emperor Hadrian and the Praetorian Prefect draft him to secretly investigate and thwart an assassination plot…one that might involve his own commander. He can’t refuse, but if Hadrian’s enemies discover his Christian faith, will it mean death for everyone he loves? The new tribune Glabrio wants two things as Titianus trains him: to discover for their commander who Titianus is investigating and to gain the support of Titianus’s powerful relatives. Marrying Sabina would secure the backing of her grandfather, but because of the teacher, she’s making choices no noblewoman should. As he gets closer to both his goals, will he realize in time what matters most? (General Historical from Cerrillo Press) 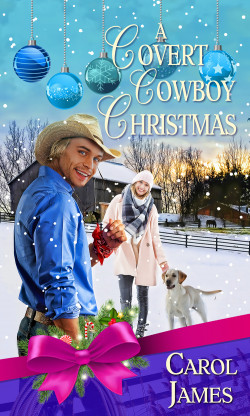 A Covert Cowboy Christmas by Carol James — A December ice storm destroys Rebekah Kingston’s Christmas plans. With the power out and the West Texas roads closed indefinitely, she’s forced to spend Christmas at her brother Braden’s ranch instead of at home with her parents. But Rebekah and Braden are not alone. Also stranded is an annoyingly chatty ranch hand, Dirk Sims. While Rebekah is certain she’s met him before, Dirk insists she’s mistaken.  However, when Rebekah inadvertently eavesdrops on one of Dirk’s phone conversations, she discovers his lie. Dirk is not who he seems. This Christmas just got interesting. (Romance Novella from White Rose Publishing (Pelican)
Suspense/Thriller: 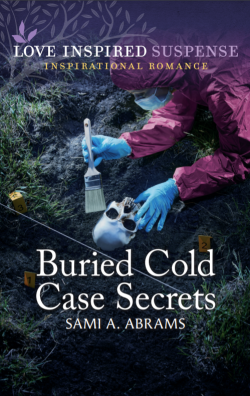 Buried Cold Case Secrets by Sami A. Abrams — She can’t remember and he can’t forget. When a killer targets Melanie, it is only through her determination to relive the past and Jason’s willingness to let go of his resentment, can they find his sister’s killer and keep Melanie alive. (Thriller/Suspense from Love Inspired (Harlequin) 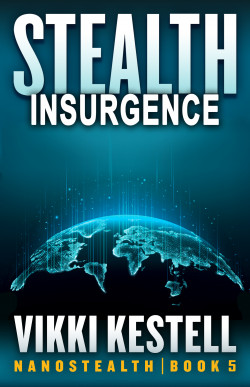 Stealth Insurgence by Vikki Kestell — Nanostealth | Book 5: Jayda and Zander are returning to Albuquerque, satisfied that they have completed the mission for which President Jackson called them to Washington DC. They are filled with hope for the future, bursting with joy for the unborn child Jayda carries, and keen to share the news of their blessing with those they love: Abe, Emilio, Dr. Bickel, Zander’s parents, and his sister, Izzie. They arrive in Albuquerque on a notable date: the one-year anniversary of General Cushing’s attack on Dr. Bickel’s lab hidden within the tunnels of the old Manzano Weapons Storage Facility. It was the same attack that incited the nanomites to take up occupancy in Gemma Keyes—now Jayda Cruz —the extraordinary event that will continue to impact their lives forever. (Thriller/Suspense, Independently Published)

Hidden Danger by Jerusha Agen, The greatest threat to this K-9 team is the one they don’t see coming. (Thriller/Suspense)

Footprints on Her Heart by Tabitha Bouldin, He’s saving the world, one animal at a time. (Contemporary Romance)

A Christmas Home for Hannah by Joi Copeland, A rancher in need of a wife or he loses his everything. A promise to her grandfather to be a mail order bride just may be unfulfilled. (Historic Romance)

An Awestruck Christmas Medley by Emily Conrad, Four hundred miles of snow-covered terrain stand between the men of Awestruck and a Christmas with loved ones. (Contemporary Romance)

The Corporal’s Codebook by Susan Page Davis, Jack Miller stumbles through the Civil War, winding up a telegrapher and cryptographer for the army. In the field with General Sherman in Georgia, he is captured along with his precious cipher key. (General Historical)

The Christmas Family by Linda Goodnight, With the holidays in sight, Brady wonders if his own Christmas wish could come true… (Contemporary Romance)

Gifts: A Christmas Novella by Jeanette Hanscome, When the party guests include faces from her past, Justine must decide whether to keep running or receive a gift that might free her to give much more than her beautifully wrapped presents. (General Contemporary)

Harper’s Hollers by Ruth Kyser, Will God bring them together as more than friends—or will circumstances beyond their control keep them apart? (Contemporary Romance)