Hi Friends, I hope you’re enjoying these final days of summer and you’ll take some time to enjoy one or more of these new releases from American Christian Fiction Writer member authors.

The Butterfly Recluse by Therese Heckenkamp — Lila finds solace in her sheltered world by raising butterflies and surrounding herself with their gentle beauty. They’re all she needs—until a motorcycle-riding stranger roars up her driveway, invading her safe haven, throwing her life off-kilter, and forcing her to question everything. What exactly is he after, and what is he not telling her? In one intense night of desperation and revelation, Lila must confront her darkest fears—and hopefully discover that with faith and courage, shattered dreams can be restored, damaged hearts can love again, and broken wings can heal . . . maybe even fly. (Contemporary Romance from Ivory Tower Press)

A Glitter of Gold by Liz Johnson — Anne Norris moved to Savannah, Georgia, for a fresh start. Now her pirate-tour business is flagging and paying the rent requires more than wishful thinking. When she discovers evidence of a shipwreck off the coast of Tybee Island, she knows it could be just the boon she needs to stay afloat. She takes her findings to local museum director Carter Hale for confirmation, but things do not go as planned. Carter is fascinated with the wreck, the discovery of which could open the door to his dream job at a prestigious museum. But convincing Anne to help him fill in the missing pieces of the puzzle is no easy task. And working with Carter means that Anne will have to do the one thing she swore she’d never do again: trust a man. (Contemporary Romance from Revell-A Division of Baker Publishing Group)

Hometown Healing by Jennifer Slattery — She’s home again, but not for long… Unless this cowboy recaptures her heart Returning home with a baby in tow, Paige Cordell’s determined her stay is only temporary. But to earn enough money to leave, she needs a job—and her only option is working at her first love’s dinner theater. With attraction once again unfurling between her and Jed Gilbertson, can the man who once broke her heart convince her to stay for good? (Contemporary Romance from Love Inspired [Harlequin])

Grace in Deep Waters by Christine Dillon — William Macdonald is at the pinnacle of his career. Pastor of a growing megachurch and host of a successful national radio programme. Clever and respected, he’s a man with everything, including a secret. His wife has left him and he can’t risk anyone finding out. Blanche Macdonald is struggling. Her once rock-solid marriage is showing cracks. She promised to love her husband for better or for worse, but does loving always mean staying? Blanche desires to put God first. Not William. Not her daughter. Not herself. When is a marriage over? When do you stand and fight? (Women’s Fiction, Independently Published)

When Mountains Sing by Stacy Monson — Mikayla Gordon loves nothing more than sleeping under the stars, reeling in the “big one,” and long hikes in the wilderness. A medical crisis reveals a 30-year-old secret that turns everything she’s known and believed upside down, unraveling her dreams and her identity. In search of answers, she follows a trail from Minnesota to Colorado and discovers more unwelcome secrets even as she falls in love with the majestic beauty of the Rocky Mountains, and a wilderness camp leader who shares the greatest secret of all. Knowing her life can never go back to what it was, she must make decisions that will impact far more than just her future. (Contemporary from His Image Publications)

All In by L. K. Simonds — Cami Taylor: a blackjack dealer, a bestselling author, and a fraud. Cami’s boyfriend, Joel, loves her in spite of her flaws. He wants to marry her, buy a house on Long Island, and raise a family–a life that’s a million miles from Cami’s idea of happiness. Her therapist suggests compromise and trust, but Cami bolts like a deer. She breaks off the relationship and launches on a new quest for happiness, not knowing that a nasty surprise waits around the corner. What follows is a fight to the death. Who will be the one left standing? (Contemporary from Morgan James Fiction)

Finding Lady Enderly by Joanna Davidson Politano –What seems like a Pygmalion dream come true turns into a nightmare for rag woman Raina Bretton. Ever since a handsome stranger brought her to Rothburne Abbey, she’s been uneasy. Amid the ruin and decay of the old mansion, one man stands between her and her true identity. Will he reveal her mysterious secret—or keep it hidden? (Historical from Revel – A Division of Baker Publishing Group) 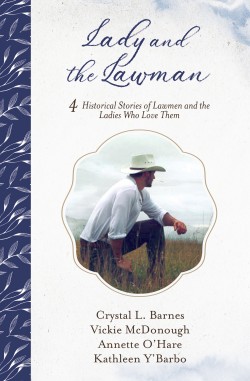 Lady and the Lawman by Crystal L. Barnes, Vickie McDonough, Annette OHare, and Kathleen Y’Barbo — Four historic stories of lawmen and the ladies who love them.  Includes Mistaken Marshal by Crystal L. Barnes, Set in Texas in 1875; On Track for Love by Vickie McDonough set in Missouri in 1875; Love Conquers Oil by Annette O’Hare set in Texas in
1901; and Rocky Mountain Regrets by Kathleen Y’Barbo set in Colorado in 1889.  (Historical Romance from Barbour Publishing) 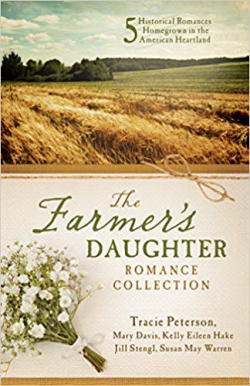 The Farmer’s Daughter by Mary Davis, Kelly Eileen Hake, Tracie J. Peterson, Jill Stengl, and Susan May Warren — Enjoy five historical novels by some of Christian fiction’s bestselling authors. Meet daughters of prairie farms from Montana south to Kansas who find love in the midst of turbulent life changes. Marty’s nieces are kidnapped. Rosalind’s town is overrun by a railroad company. Amy’s jealousy comes between her and her twin. Beulah’s answer is needed to a marriage proposal. Lilly’s choice puts her at odd with her neighbors. Into each of their lives rides a man who may only make their situations worse. (Historical Romance from Barbour Publishing) 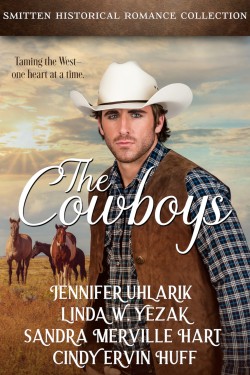 The Cowboys by Sandra Merville Hart, Cindy Ervin Huff, Jennifer Uhlarik, and Linda W. Yezak — Taming the West–one heart at a time. Healing Heart: A physically scarred cowboy finds solace with a ranch girl who is hiding from her past. Becoming Brave: A cattle drover wants to get his boss’s heard safely through Indian Territory…as soon he figures out why a bloodstained woman is holding a gun on him. Trails End: Waiting for his boss’s cattle to sell, a cowboy takes a kitchen job at a restaurant where the beautiful and prickly owner adds spice to his workday. Loving a Harvey Girl: To improve the local preacher’s opinion of career women, a Harvey Girl makes it her mission to redeem a wayward cowboy, but finds herself longing for a husband, hearth, and home. (Historical Romance from Lighthouse Publishing of the Carolinas) 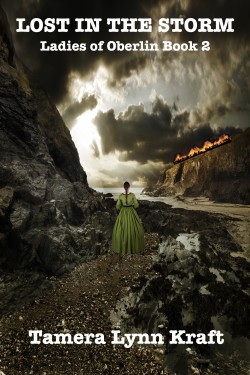 Lost in the Storm by Tamera Lynn Kraft — Lavena, a journalist during the Civil War, wants to become a war correspondent. She finally gets her chance, but there’s a catch. She has to get an interview from a war hero who has refused to tell his story to every other journalist, and she has to accomplish this impossible task in a month or she’ll lose her job. Captain Cage, the war hero, has a secret that will destroy his military career and reputation. Now, a new journalist wants him to reveal what he’s been hiding. He’d prefer to ignore her, but from the moment she came into camp, he can’t get her out of his mind. Leading up to the turbulent Battles for the city of Chattanooga, will Lavena and Cage find the courage to love and forgive, or will they be swept away by their past mistakes that don’t want to stay buried? (Historical Romance from Mt Zion Ridge Press) 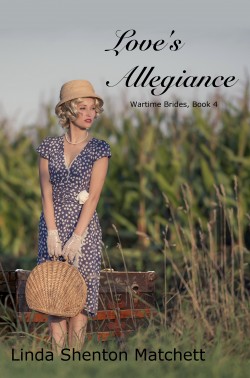 Love’s Allegiance by Linda Shenton Matchett — Inspired by the biblical love story of Rebekkah and Isaac, Love’s Allegiance explores the struggles and sacrifices of those whose beliefs were at odds with a world at war. (Historical Romance from Shortwave Press) 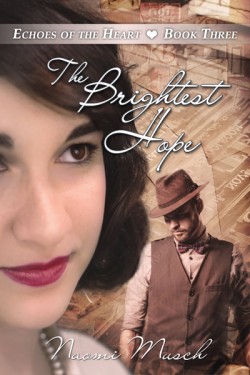 The Brightest Hope by Naomi Musch — Five years after the Great War, Holly Allen is a well-adjusted war widow with a knack for running the family press. She’s over the days of waiting for a white knight to ride in and sweep her away from her cares. Besides, if Hugh Phelps is a knight, he’s certainly a black one—with his prison record, personal demons, and the ghosts of war that haunt him. When Holly hires Hugh, despite her reservations, it isn’t long before she sees the man he could really be, and as Hugh finds his niche at Allen’s Printing, he finds his lady boss equally appealing. Despite the attraction, however, Holly won’t let herself fall for a faithless man, and Hugh isn’t on gracious terms with God. Then, just when new beginnings seem possible, old heartaches from the war come calling. Now it might only be in letting go of everything dear that they both discover what real love is. (Historical Romance, Independently Published) 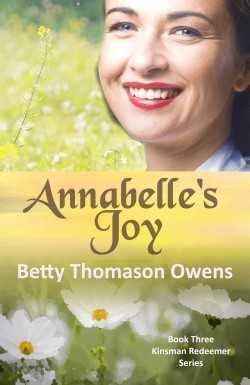 Annabelle’s Joy by Betty Thomason Owens — She’s waited too long. When Tom proposed last year, Annabelle wasn’t ready to open her heart to another man. Pain still held a thin crust around it. Time has healed her heart, but with a new woman in town, one who clearly has her sights set on Tom, does it matter if Annabelle’s heart is ready to love again? Folks in town are keeping a close eye on their pharmacist, hoping to be the first to hear the good news. He’s been courting the widow Cross for nigh on two years now. Annabelle Cross better wake up and put her dancing shoes on. Mr. Tom is prime real estate. (Historical Romance from Write Integrity Press) 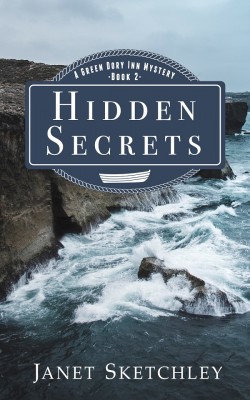 Hidden Secrets by Janet Sketchley — When an online vendetta against the Green Dory Inn escalates to physical threats, a cryptic message about a tunnel points to the property’s original owner, a notorious Prohibition-era sea captain rumoured to have left hidden wealth. (Mystery, Independently Published) 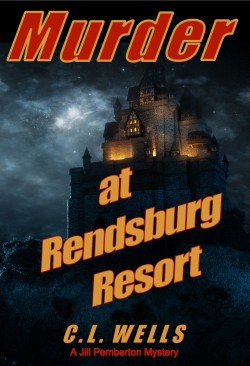 Murder at Rendsburg Resort by C. L. Wells — Trapped in a remote resort with a killer on the loose, the body count piling up, and no one else to save them, mystery writer Jill Pemberton must help find the killer before they claim their next victim. (Cozy Mystery, Independently Published) 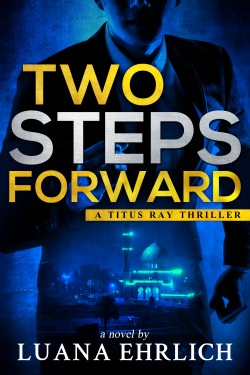 Two Steps Forward by Luana Ehrlich — When CIA operative Titus Ray has an unexpected encounter with a Jihadi terrorist while he and Nikki are on their honeymoon in Morocco, he assumes it’s a coincidence, but when they travel to Israel for the second half of their honeymoon and encounter him again, he takes action, which takes him to Baghdad to prevent the assassination of a high-profile government official. (Romantic Suspense, Independently Published) 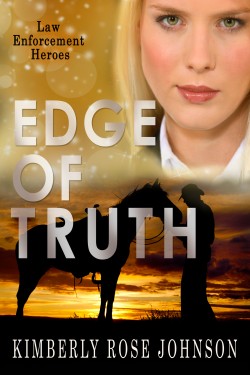 Edge of Truth by Kimberly Rose Johnson — The DEA sends two of its best agents, Kara Nelson and Jeff Clark, to Central Oregon, to shut down a major drug ring. Kara and Jeff usually work alone, but Operation Trail Ride throws them undercover together in a way neither of them expected. A notorious Miami drug lord wants Kara dead. Can these agents pull off the greatest acting job of their lives—and manage the sparks flying between them? Or will they die trying? (Romantic Suspense, Independently Published) 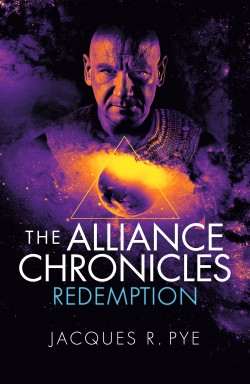 Redemption by Jacques R. Pye — Sterling Newman and Armena Sandal face death as they struggle to help the Alesandrans and the Kirilleans combat a force seeking the destruction of both worlds. (Speculative, Independently Published) 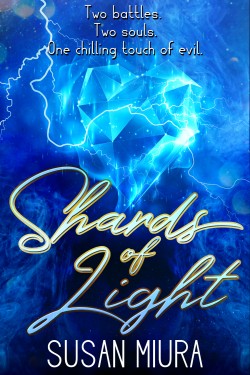 Shards of Light by Susan Miura — Sometimes the pieces of a shattered dream can transform into something extraordinary. (Young Adult from Vinspire Publishing)