Hi Friends, are you looking for some new books to read this summer? Here are the latest releases from ACFW authors. 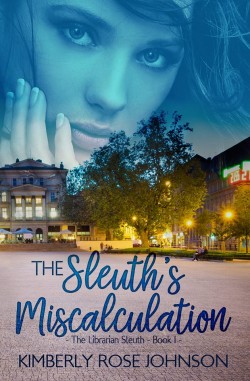 The Sleuth’s Miscalculation by Kimberly Rose Johnson — Librarian Nancy Daley loves a good mystery and enjoys moonlighting as a consultant for the sheriff’s department. When license plates go missing in Tipton County, she’s on the case. But she’s been partnered with the new deputy, Carter Malone, and he’s not interested in her help. When the minor case they are working morphs into something more, things quickly go from harmless to scary. Can they solve the mystery before it’s too late, and more importantly, what will they do about their growing attraction? (Contemporary Romance from Mountain Brook Ink) 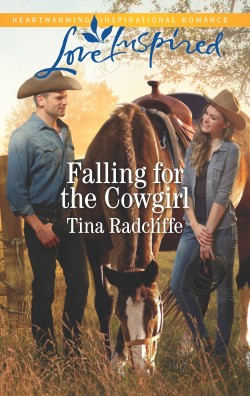 Falling for the Cowgirl by Tina Radcliffe — Hiring Amanda “AJ” McAlester as his assistant at the Big Heart Ranch isn’t foreman Travis Maxwell’s first choice—but his sisters insist she’s perfect for the job. And AJ’s determined to prove she’s just as qualified as any man. But with money on the line, AJ and her innovative ideas could put him at risk of losing everything…including his heart. (Contemporary Romance from Love Inspired [Harlequin]) 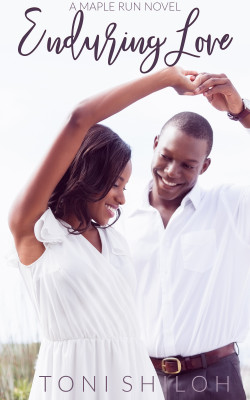 Enduring Love by Toni Shiloh — Belle Peterson is hiding a secret. Seeking sanctuary in the small town of Maple Run, she’s intent on starting her life over—one she hopes honors Christ. The plan was going great until an undeniable attraction to Micah Campbell has her wondering if she’s changed at all. Can love really conquer all or will Belle’s past be too much for Micah to handle? (Contemporary Romance from Celebrate Lit) 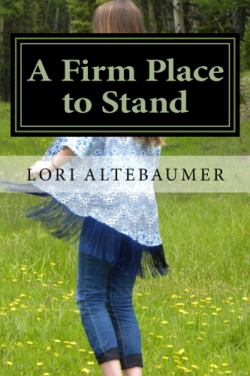 A Firm Place to Stand by Lori Altebaumer — Out of options, Maribel takes a safe enough seeming job, but soon finds herself in the middle of a murder, a search for a missing girl, and a race to find a lost treasure. (General Contemporary, Independently Published) 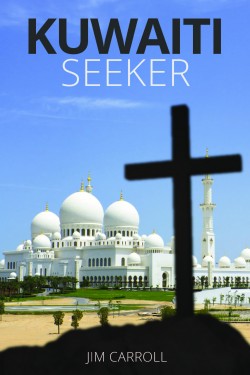 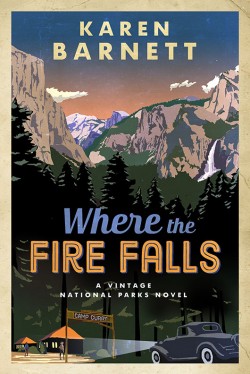 Where the Fire Falls by Karen Barnett — Watercolorist Olivia Rutherford has shed her humble beginnings to fashion her image as an avant-garde artist to appeal to the region’s wealthy art-collectors. When she lands a lucrative contract painting illustrations of Yosemite National Park for a travel magazine, including its nightly one-of-a-kind Firefall event, she hopes the money will lift Olivia and her sisters out of poverty. After false accusations cost him everything, former minister Clark Johnson has found purpose as a backcountry guide in this natural cathedral of granite and trees. Now he’s faced with the opportunity to become a National Parks Ranger, but is it his true calling? As Clark opens Olivia’s eyes to the wonders of Yosemite, she discovers the people are as vital to the park’s story as its vistas–a revelation that may bring her charade to an end. (General Historical from Waterbrook/Multnomah [Random House]) 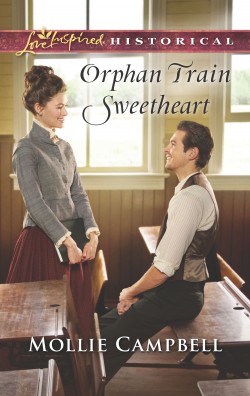 Orphan Train Sweetheart by Mollie Campbell — Spring Hill is the orphan train’s last stop—a final chance for Simon McKay to find homes for his young charges. When his fellow placing agent quits, Simon enlists help from the frontier town’s pretty schoolteacher. Cecilia Holbrook is as intriguing as she is independent, yet Simon’s devotion to his mission will soon call him back to New York. Long overshadowed by her flirtatious sister, Cecilia is done with waiting for a man to choose her. She’s already fighting the school board to keep her position. Now she’s struggling not to lose her heart to Simon. Could their shared concern for the children show them how to follow a new dream, together? (Historical Romance Love Inspired [Harlequin]) 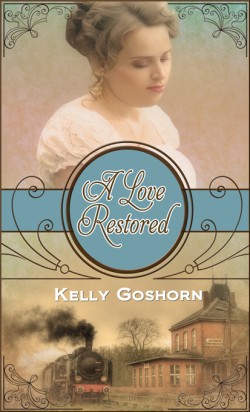 A Love Restored by Kelly Goshorn — She was nothing like the woman he’d envisioned for his bride, but he was everything she’d ever dreamed of-until a promise from his past threatened their future. (Historical Romance from Pelican Book Group) 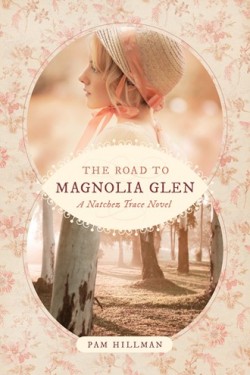 The Road to Magnolia Glen by Pam Hillman — In 1792, Quinn O’Shea leaves Ireland for Natchez, Mississippi, ready to force his oldest brother to reclaim the role of family guardian so Quinn can be free to pursue his own adventures. While aboard ship, a run-in with tenacious yet kind Kiera Young and her two Irish sisters lands him in the role of reluctant savior. Upon arriving in the colonies, Kiera realizes her intended groom never existed and a far more sinister deal has been negotiated for her and her sisters. Quinn offers to escort his charges safely to Breeze Hill Plantation and his brother’s care, fully intending to seek his freedom elsewhere. But the longer he remains, the greater his feelings toward Kiera grow and the more he comes to realize true freedom might be found in sacrifice. (Historical Romance from Tyndale House) 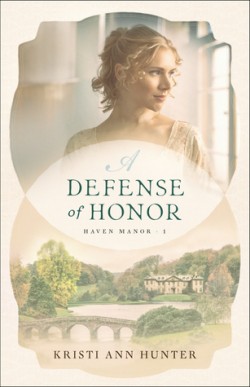 A Defense of Honor by Kristi Ann Hunter — When Katherine “Kit” FitzGilbert turned her back on London society more than a decade ago, she determined never to set foot in a ballroom again. But when business takes her to London and she’s forced to run for her life, she stumbles upon not only a glamorous ballroom but also Graham, Lord Wharton. Graham, intent on finding his friend’s missing sister, is convinced Kit knows more about the girl than she’s telling. After meeting Graham, Kit finds herself wishing things could have been different, but long ago, she dedicated herself to helping women escape the same scorn that drove her from London and raising the innocent children caught in the crossfire. As much as she desperately wishes to tell Graham everything, revealing the truth isn’t worth putting him and everyone she loves in danger. (Historical Romance from Bethany House [Baker]) 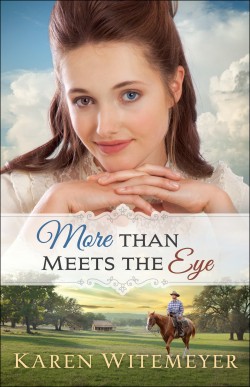 More Than Meets the Eye by Karen Witemeyer — Many consider Evangeline Hamilton cursed. Orphaned at a young age and possessing a pair of mismatched eyes–one bright blue, the other dark brown–Eva has fought to find her way in a world that constantly rejects her. She’s made a safe haven with Seth and Zach, two former orphans she now counts as brothers. Seeking justice against the gambler who stole his birthright and destroyed his family, Logan Fowler arrives in 1880s Pecan Gap, Texas, to confront Zach Hamilton, the hardened criminal responsible for his father’s death. Instead, he discovers a man not much older than himself with an unusual family. When Zach’s sister, Evangeline, insists on dousing Logan with sunshine every time their paths cross, Logan finds his quest completely derailed. Who is truly responsible for his lost legacy, and will restoring the past satisfy if it means forfeiting a future with Evangeline? (Historical Romance from Bethany House [Baker]) 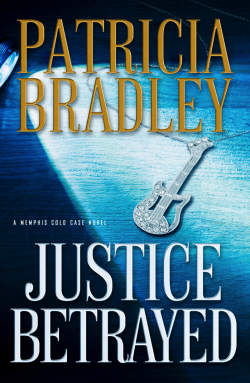 Justice Betrayed by Patricia Bradley — It’s Elvis Week in Memphis, and homicide Detective Rachel Sloan isn’t sure her day could get any stranger when aging Elvis impersonator Vic Vegas asks to see her. But when he produces a photo of her murdered mother with four Elvis impersonators–one of whom had also been murdered soon after the photo was taken–she’s forced to reevaluate. When yet another person in the photo is murdered, Rachel suddenly has her hands full investigating three cases. Lieutenant Boone Callahan offers his help, but their checkered romantic past threatens to get in the way. Can they solve the cases before the murderer makes Rachel victim number four? (Romantic Suspense from Revell – A Division of Baker Publishing Group)

A Vast and Gracious Tide by Lisa Carter — After losing his closest friends and now his girlfriend to the ravages of war, Caden Wallis arrives on the Outer Banks for one final mission–to thank the woman who sent him a quilt while he was recuperating at Walter Reed Army Hospital. McKenna Dockery knows about loss. She juggles the family business, her ailing father, and an aging grandmother. Much to Caden’s surprise, she–not some elderly lady–is the quilter. The quilt was something she’d begun for her future husband but shipped to the military hospital after the tragic death of her fiancé. When a man is found snared in a net and murdered on McKenna’s property, she and Caden must work together to bring the killer to justice. (Romantic Suspense from Gilead Publishing)

Ransom of the Heart by Susan Page Davis — Police Captain Harvey Larson’s exhausting day takes a big detour when a teenaged girl approaches him at the diner, announcing that she is his daughter. When Harvey is on his way home from work a few hours later, his sister-in-law Abby calls him. She went to meet her husband for a dinner date and found a dead man on the floor at his place of business, and Peter has vanished. Harvey calls in his detectives and turns his car around. It’s going to be a long night, too. Once again, Harvey depends on his wits, his faith, and his squad, the Priority Unit, to solve a tough case and carry out Maine Justice. (Romantic Suspense from Tea Tin Press)

Song of Leira by Gillian Bronte Adams — Reeling from her disastrous foray into the Pit, Birdie, the young Songkeeper, retreats into the mountains. But in the war-torn north, kneeling on bloodstained battlefields to sing the souls of the dying to rest, her resolve to accept her calling is strengthened. Such evil cannot go unchallenged. Torn between oaths to protect the Underground runners and to rescue his friend from the slave camps, Ky Huntyr enlists Birdie’s aid. Their mission to free the captives unravels the horrifying thread connecting the legendary spring, Artair’s sword, and the slave camps. But the Takhran’s schemes are already in motion. Powerful singers have arisen to lead his army—singers who can shake the earth and master the sea—and monsters rampage across the land. As Leira falters on the verge of defeat, the Song bids her rise to battle, and the Songkeeper must answer. (Speculative High Fantasy from Enclave Publishing)

Until next time, happy reading to all!

Royal Wedding Giveaway Among the Poppies
Scroll to top