Hi Friends, these are the new novels releasing in March from ACFW member authors. I hope you’ll find your next great read! 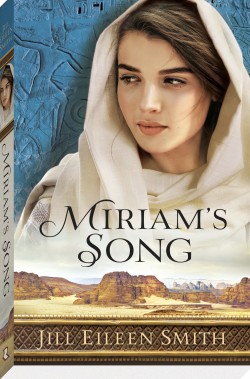 Miriam’s Song by Jill Eileen Smith — In her eventful lifetime, Miriam was many things to many people: protective older sister, song leader, prophetess, leper. But between the highs and the lows, she was a girl who dreamed of freedom, a woman who longed for love, a leader who made mistakes, and a friend who valued connection. (Biblical from Revell – A Division of Baker Publishing Group)
Contemporary Romance: 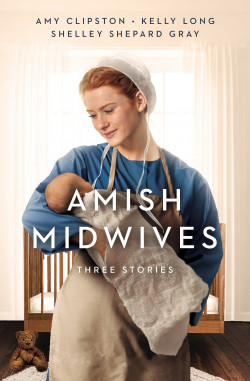 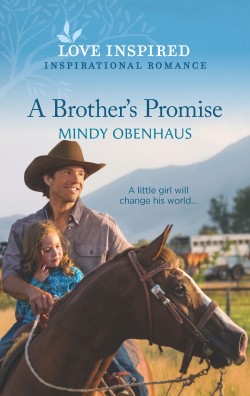 A Brother’s Promise by Mindy Obenhaus — He didn’t realize he wanted a family… Until he suddenly became a single dad. After his sister’s death, rancher Mick Ashford’s determined to ensure his orphaned niece, Sadie, feels at home. And accepting guidance from Christa Slocum is his first step. But just as Christa and Sadie begin to settle into Mick’s heart, Sadie’s paternal grandparents sue for custody. Now Mick must fight to keep them together…or risk losing the makeshift family he’s come to love. (Contemporary Romance from Love Inspired/Harlequin) 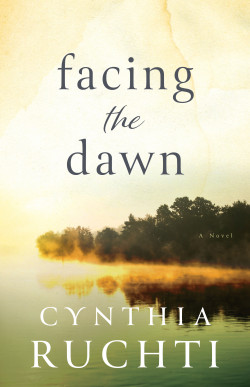 Facing the Dawn by Cynthia Ruchti — While her humanitarian husband Liam has been digging wells in Africa, Mara Jacobs has been struggling. She knows she’s supposed to feel a warm glow that her husband is nine time zones away, caring for widows and orphans. But the reality is that she is exhausted, working a demanding yet unrewarding job, trying to manage their three detention-prone kids, failing at her to-repair list, and fading like a garment left too long in the sun. (General Contemporary from Revell – A Division of Baker Publishing Group)
Historical: 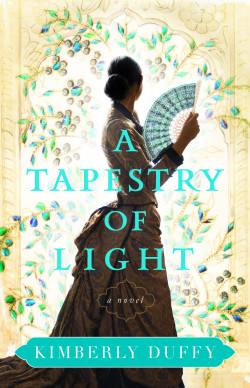 A Tapestry of Light by Kimberly Duffy — Ottilie Russell is adrift between two cultures, British and Indian, belonging to both and neither. In order to support her little brother, Thaddeus, and her grandmother, she relies upon her skills in beetle-wing embroidery that have been passed down to her through generations of Indian women. When a stranger appears with the news that Thaddeus is now Baron Sunderson and must travel to England to take his place as a nobleman, Ottilie is shattered by the secrets that come to light. (General Historical from Bethany House) 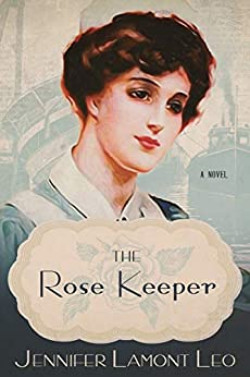 The Rose Keeper by Jennifer Lamont Leo — July 1944. Chicago nurse Clara Janacek has spent her whole life taking care of other people. Grumpy yet loveable, all she wants now is to live out her life in peace, tending her roses and protecting her heart. But beneath the gruff exterior lies a story, and when new neighbors move in and shake up her quiet world, Clara must grapple with long-buried realities. (General Historical, Independently Published) 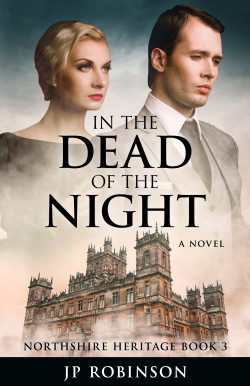 In the Dead of the Night by JP Robinson — Leila is forced back into the shadows when the leader of a German spy ring kidnaps her child, jeopardizing Europe’s fragile bid for peace. (General Historical from Logos Publications) 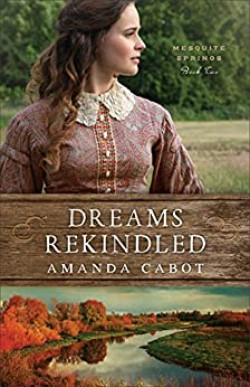 Dreams Rekindled by Amanda Cabot — Though she hopes for a quiet, uncomplicated life for herself, Dorothy Clark wants nothing more than to stir others up. Specifically, she dreams of writing something that will challenge people as much as Harriet Beecher Stowe’s Uncle Tom’s Cabin seems to have. But in 1850s Mesquite Springs, there are few opportunities for writers — until newspaperman Brandon Holloway arrives, that is. (Historical Romance from Revell – A Division of Baker Publishing Group) 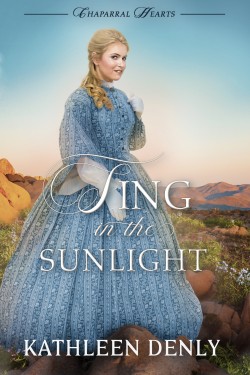 Sing in the Sunlight by Kathleen Denly — Richard Stevens isn’t who he thinks he is. Neither is the woman who now claims his last name. Disfiguring scars stole Clarinda Humphrey’s singing career, her home, and her family, but she refuses to let her appearance steal her future. While attending The Young Ladies Seminary in 1858 Benicia, California, she finds a man who promises to love and cherish her. Instead he betrays her, leaving her with child, and Clarinda must take drastic measures to ensure her child doesn’t suffer for her foolishness. (Historical Romance from Wild Heart Books) 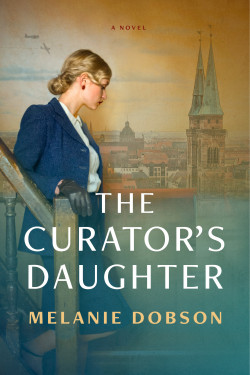 The Curator’s Daughter by Melanie Dobson — 1940. Hanna Tillich cherishes her work as an archaeologist for the Third Reich, searching for the Holy Grail and other artifacts to bolster evidence of a master Aryan race. But when she is reassigned to work as a museum curator in Nuremberg, then forced to marry an SS officer and adopt a young girl, Hanna begins to see behind the Nazi facade. A prayer labyrinth becomes a storehouse for Hanna’s secrets, but as she comes to love Lilly as her own daughter, she fears that what she’s hiding―and what she begins to uncover―could put them both in mortal danger. (Historical Romance from Tyndale House) 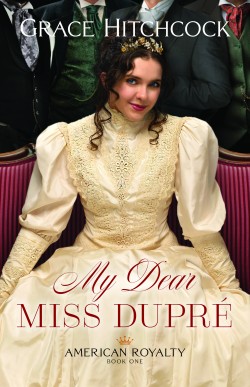 My Dear MISS DUPRÉ by Grace Hitchcock — Willow Dupré never thought she would have to marry, but with her father’s unexpected retirement from running the prosperous Dupré sugar refinery, plans changed. The shareholders are unwilling to allow a female to take over the company without a man at her side, so her parents devise a plan—find Willow a spokesman king in order for her to become queen of the empire. Willow is presented with thirty potential suitors from the families of New York society’s elite group called the Four Hundred. She has six months to court the group and is expected to eliminate men each month to narrow her beaus. (Historical Romance from Bethany House) 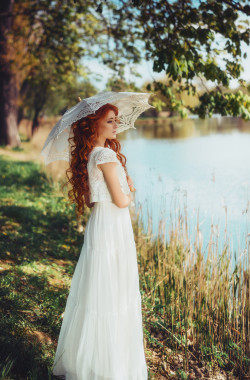 Rayne’s Redemption by Linda Shenton Matchett — Will she have to lose her identity to find true love? Twin sisters Rayne and Jessica Dalton have been swapping places their whole lives, so when Jessica dies on the eve of heading west to become a mail-order bride, Rayne decides to fill her sister’s shoes. The challenge will be faking Jessica’s faith in God. Can Rayne fool her prospective groom without losing her heart…or her soul? (Historical Romance from Shortwave Press) 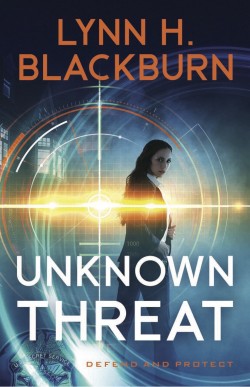 Unknown Threat by Lynn H. Blackburn — US Secret Service Special Agent Luke Powell is lucky to be alive. Three of his fellow agents have died in unusual circumstances in the past ten weeks. Luke is devastated by the loss of his friends and colleagues, and his inability to locate the killer feels like a personal failure. He and his team are experts at shielding others, but now the protectors are in need of protection. (Romantic Suspense from Revell – A Division of Baker Publishing Group) 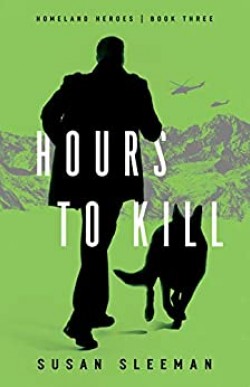 Hours to Kill by Susan Sleeman — Just as Homeland Security Agent Addison Leigh reaches the pinnacle of her cyber investigation into a firearms smuggling ring, she’s attacked and left for dead. Her estranged husband, ICE Agent Mack Jordan, is notified that she’s at the hospital in a coma. He may have let his past military trauma ruin their short marriage, but she never gave up on their relationship, and he remains her next of kin. hen a second attempt to take her life is made, it’s clear something very sinister is going on, and Mack and Addison are in for the ride of their lives. (Romantic Suspense from Bethany House) 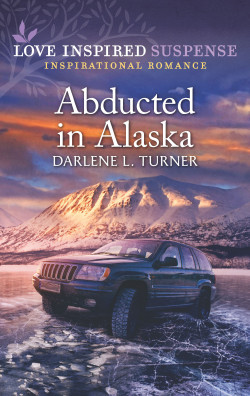 Abducted in Alaska by Darlene L. Turner — Saving a boy who has escaped his captors puts Canadian border patrol officer Hannah Morgan right into the path of a ruthless child-smuggling ring. Now with help from police constable Layke Jackson, she must keep the child safe. But can they rescue the other abducted children and bring down the gang…all while protecting a little boy and keeping themselves alive? (Romantic Suspense from Love Inspired/Harlequin) 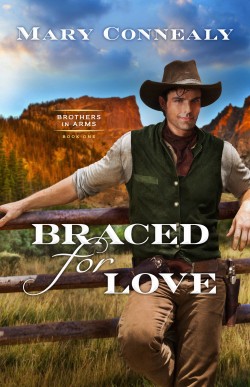 Braced for Love by Mary Connealy — Left with little back in Missouri, Kevin Hunt takes his younger siblings on a journey to Wyoming when he receives news that he’s inheriting part of a ranch. The catch is that the ranch is also being given to a half-brother he never knew existed. Turns out, Kevin’s supposedly dead father led a secret and scandalous life. (Western from Bethany House)

Seasons of Love by Joan Deppa, The beautiful, western Upper Peninsula of Michigan, with snow covered hills in the winter; Lake Superior, as well as inland lakes and numerous waterfalls in the summer; and colorful leaves in Autumn, are the setting for three couples who discover new adventures and enjoy the nature that surrounds them. (Contemporary Romance)

Medicine, Murder and Small Town Scandal by KC Hart, When the meanest man in Skeeterville drops dead at his mailbox, no one suspects foul play until Katy Cross stumbles across a skeleton from his past… literally. (Cozy Mystery)

Hunt for Grace by Tammy F. Kirty, Can two people find peace in the present when faced daily with their pasts? (Historical Romance)

Kate’s Quest by Seralynn Lewis, Sparks fly in this opposites attract journey when a my way or the highway soldier collides with a determined woman on a mission to find her family. (Contemporary Romance)

Matched Hearts by Cathe Swanson, She’s looking for one date. He’s looking for “Happily Ever After.” Is it a computer error or a match made in heaven? (Contemporary Romance)

A Texas Bond by Shannon Taylor Vannatter, Learning he’s an uncle shocks Ross Lyles—but after years of handling his brother’s bombshells, at least this surprise is a blessing. A pair of five-year-old blessings Ross is determined to meet, if he can convince their aunt to give him a chance. (Contemporary Romance)

What I’m Reading :: Lori Benton’s novel, Shiolh, for endorsement and I’m listening to the audio version of Heidi by Johanna Spyri. Both are wonderful!

In His Word :: I’m doing the study Truthfilled by Rutho Chou Simons with our women’s Bible study. And we’re working our way through the Book of Genesis on Sunday mornings with the Calvary Chapel Living Hope family.